Another endorsement for Bush

ANALYSIS - Russian President Vladimir Putin wants George W. Bush to be re-elected, Osama bin Laden undoubtedly wants him to be re-elected and the head of Iran's Supreme National Security Council has just endorsed him for re-election, so it's hardly surprising that one of my sons has done the same. He must remain nameless, of course, but he has given me permission to quote his exact words on the subject of Mr. Bush's candidacy: "He has sown the wind - let him reap the whirlwind."

This nameless offspring of mine has never worked for the KGB, planned terrorist attacks or been nominated as a member of the "axis of evil," but he does share with the three gentlemen above a rather Machiavellian turn of mind. His point is that Iraq will go to hell, and the U.S. economy will run into heavy weather in the next four years no matter who is president. Those things are already practically set in stone - so let the man who actually caused them carry the can.

There is no way that Iraqi hostility to the American occupation can be turned around at this point, and the current outbreak of fiscal irresponsibility in the U.S.A. - a huge budget deficit and a huge trade deficit, amounting to almost half a trillion dollars each - will certainly result in a great deal of economic pain and misery for ordinary Americans in the coming years. We all know who got the U.S.A. into Iraq and who created the budget deficit, but the man who is president when military defeat and economic crisis can no longer be denied will bear the political blame.

The main concern of "nameless" was that a Kerry election victory, followed by a humiliating scuttle from Iraq and a crash in the U.S. dollar at home, would generate a "Dolchstoss" myth on the American right. He was referring to the alleged "stab in the back" by the German left that was used to explain away Germany's defeat in World War I. (In fact, the left had loyally supported the war but had little say in its conduct - until after Germany's generals admitted irretrievable military defeat on the Western front, the government was swiftly handed over to the Social Democrats so they could surrender and take the blame.)

The "Dolchstoss" myth, which denied that it had been a mistake to start the war and blamed Germany's defeat on a failure of will, poisoned all subsequent efforts to create a healthy democratic republic on German soil. No analogy is perfect, but similar myths already exist in U.S. politics. Many on the American right still believe that the Vietnam war could have been won if only the spineless traitors of the left had not weakened American "resolve" - and they say this even though President Richard Nixon, who was elected on a promise to end the Vietnam war and presided over the whole latter phase of it, was a Republican. What could they do with a lost war on a Democratic president's watch?

The war in Iraq is unwinnable for the same reason as the Vietnam war and all the other wars of the '50s, '60s and '70s in which Western armies tried to beat local resistance movements. The Western armies won almost all the battles and imposed casualties on the insurgents at a ratio of 10-to-one or even more, but the locals had an inexhaustible supply of angry young men who were willing to die.

The Western occupiers had to contend with voters at home who could not see why their children should be killed in faraway places in wars fought for imperial power, economic advantage or obviously misconceived "strategic" reasons. As the casualty toll rose, eventually they would rebel at the cost of the war and force the government of the day to bring the army home. It will happen that way in Iraq, too - unless Senator John Kerry is lying and secretly intends to pull American troops out right away if he is elected. That would minimize the humiliation suffered by the United States, but it would still be seen by most Americans as a humiliation, and the Democratic Party would pay a high price for it.

Staying longer would only make the eventual humiliation greater, so Senator Kerry has no good options. Except, maybe, to lose the election.

My son's point was that the mess created by the last administration cannot be fixed and forgotten before the 2008 election no matter who wins next month - so why not vote for George W. Bush to ensure that the blame is pinned on the right man? That way, there can be no "stab-in-the-back" legend to haunt the Democratic Party in years to come and to fuel a drive by hard-right radicals flying the Republican banner to regain the White House in 2008.

The down-side of this, from a Democratic point of view, is four more years out of executive power, a Supreme Court packed with Bush appointees and significant damage to both America's reputation and the U.S. economy. The negative consequences from Iraq's point of view are even bigger: more years of violence and death before the insurgents finally drive American troops out, which would probably do major damage to Iraqis' long-term hope of living together in peace.

It is Hobson's choice, and I am almost glad I do not have a vote in this election: It saves me from the responsibility of choice. If I were an American, however, I suspect that I would probably abandon all these "tactical" voting calculations in the end. One look at Vice President Dick Cheney, and you know that it's just not worth the risk. o

Gwynne Dyer is a London-based

independent journalist whose articles are published in 45 countries. 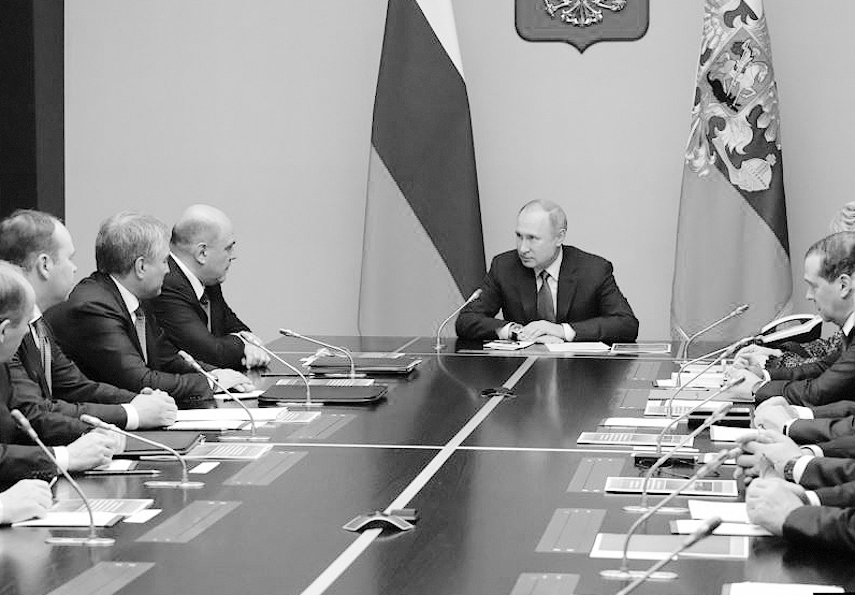