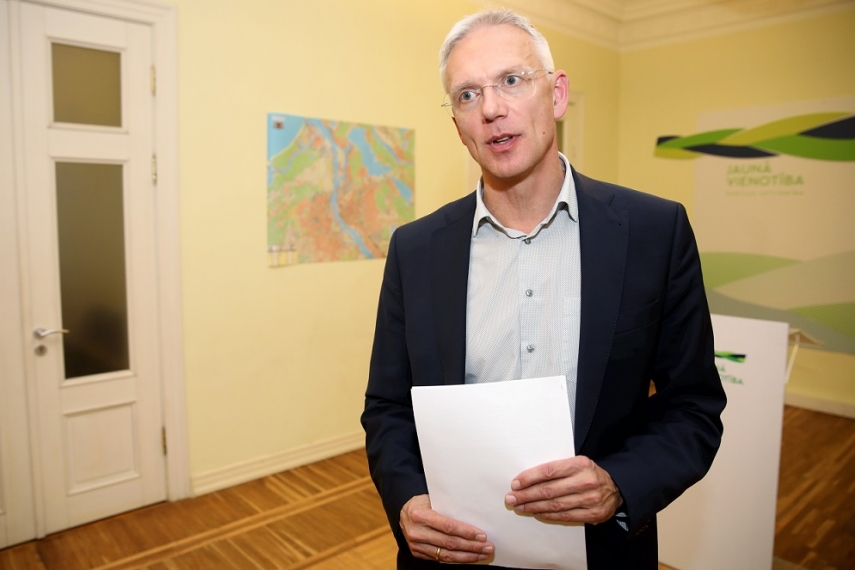 RIGA – The new Unity proposes equal distribution of position in the government among parties, irrespective of the size of representation at the parliament.

The New Unity today has started discussions with five other parties on the proposal to form a coalition government under the leadership of Krisjanis Karins (New Unity).

New Unity’s MP Ojars Kalnins said that the New Unity will insist on heading also the finance and foreign ministries in a potential new government.

The New Unity believes that the best and most sustainable cooperation model would be with a stable majority of the center-right and European-oriented parties. The party plans to propose that decision on the state budget, citizenship, language issues, the Euro-atlantic course are made based on a concensus principle.

The New Unity names maintaining the Euro-atlantic course and fiscal discipline as the basic principle of the new government. The New Unity proposes to agree on a responsible budgetary politics in the coming years.

Work on the financial sector, the judiciary sector, fight against corruption, shadow economy, further development of the education reform, liquidation of the mandatory purchase component, availability of health care services to residents, the territorial reform could be among the new government’s priorities.