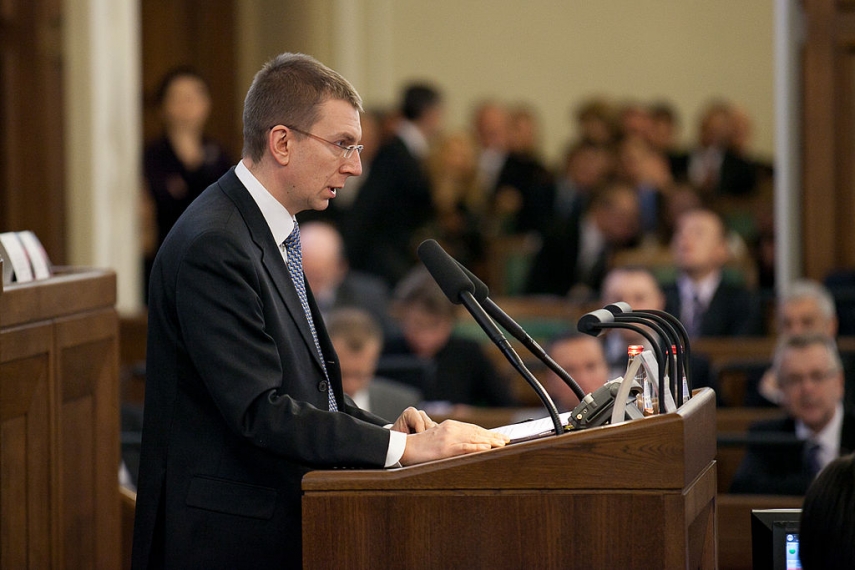 RIGA - Unity has had many achievements in the past, but recently it had became argumentative, arrogant and tired, however, after the formation of the New Unity political union, the party has rallied together and is unified and energetic, Foreign Minister Edgars Rinkevics said during a meeting of political union members today.

The politician emphasized that New Unity continues its rational and pragmatic course, which represents European values. He said that the Saeima election will be important, because it is also important not to become one of the group of countries which self-isolates itself.

Rinkevics said that New Unity must continue to speak about internal security, as well as rule of law, and avoid the wave of populism which is being seen in other places around the world.