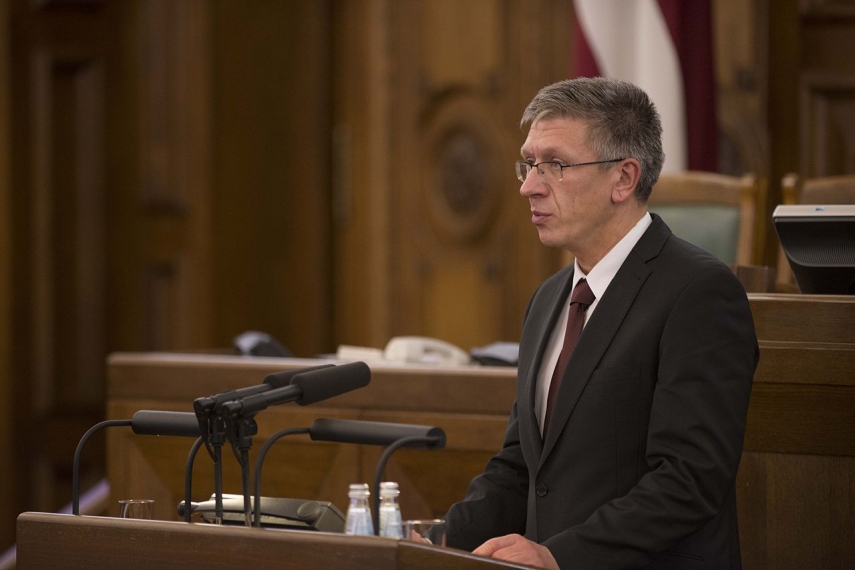 RIGA - New Unity could agree on an effective and capable presidential candidate, the deputy head of the party's group at Saeima Andrejs Judins told LETA.

He said that New Unity will agree on one presidential candidate, and will certainly not surprise the public with some unknown candidate. Judins said that it is important for this candidate to be known and capable of handling the job.

Judins said that the party will likely discuss potential candidate in the coming weeks.

He too believes that the coalition should nominate one agreed upon candidate for president.

Asked about the candidacies of current President Raimonds Vejonis or EU Court Judge Egils Levits, who once again will most likely be the candidate of the National Alliance, Judins refrained from assessing potential candidates at the moment, but reminded that he and many of his colleagues supported Levits' candidacy in the previous presidential vote at Saeima.

Saeima is expected to vote in Latvia's next president sometime during the second half of the year.