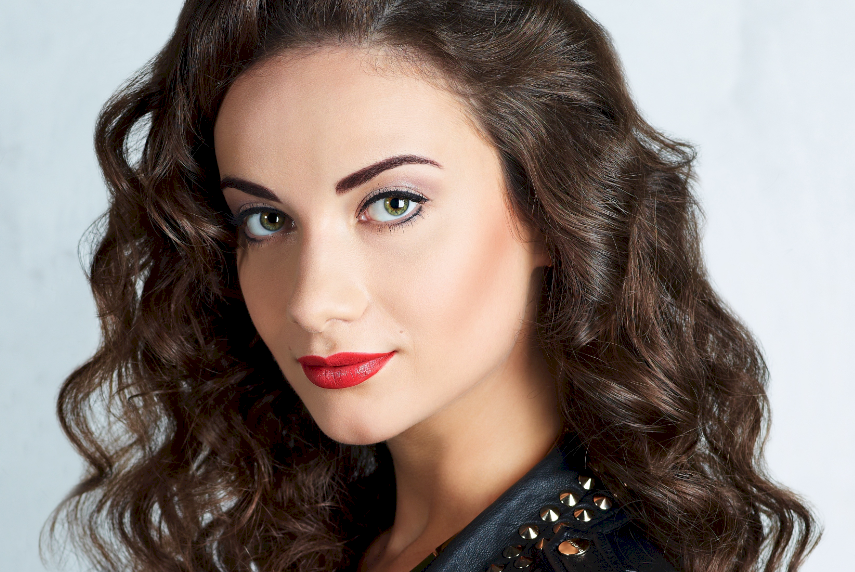 Making a splash on the Lithuanian and foreign music scene.

Stockholm - Armed with a combination of stunning Lithuanian beauty mixed with a sense of pure Baltic ingenuity and determination, 23 year-old Vilnius-born Greta Zazza has just started her journey on the rough and rocky road to international pop music stardom. Judging by the reception her debut single “Let Him Go” has received since its release in mid-January, many observers consider this new Lithuanian artist to be one with the potential to place the relatively unknown popular music culture of Lithuania on the world map.

Since independence, Lithuania has produced a long list of competent singers and musicians. The country’s popular music culture is rich and flourishing, but only within its own borders. In recent times however less than a handful of Lithuanian artists have broken international borders, and none, with the exception of DJ Mario Bassanov (Ten Walls) have become household names.

Greta Zazza was discovered in 2013 by the Swedish veteran producer William “Billy” Butt who has produced music with several of Sweden’s popular artists including megastars Tommy Korberg and  Lisa Nilsson. After working with Baltic artists in a few domestic competitions to select representatives for Eurovision, the Stockholm-based producer discovered Greta just by chance when he was working with a Lithuanian colleague in a Vilnius studio.

“When she walked into the studio, I was expecting her to be just another Lithuanian beauty dreaming of a singing career” said Butt, continuing enthusiastically “but as soon as she opened her mouth and sang I immediately sat up in my chair – she definitely succeeded in grabbing my full attention!”

William Butt was dumbfounded: he had heard many Lithuanian singers but this was the first one who could really sing in English without the usual eastern European accent and mistakes. Her diction was not only perfect, but natural, almost as if she has been singing in English all her life.

I knew there and then that I was looking at a possible future superstar! He tells of an aura surrounding Greta and how she almost had a rubber stamp on her forehead saying “future pop star”.
That was in the summer of 2013. Since then Greta has finished her studies and received a degree in Business studies from the University of Vilnius. At intervals, she has worked with William Butt, learning all about what is expected of an international pop star.

“It’s not only a question of being able to sing. There are a number of factors which make someone suitable for a career as a pop star” says Butt, pointing out that the days of being discovered on a street corner with a guitar are a thing of the past.
“Today’s successful artists need to be prepared for their extraordinary public roles. Extreme exposure on the internet, thousands of screaming fans at concerts and a sometimes absolutely brutal mass media are all part of what a successful pop artist needs to learn how to handle.”

Greta has received thorough media training and admits today that she is fully prepared for journalists and all the intrigues that surround the public life of an entertainer.
“I didn’t realise that there is so much work involved behind the making of a recording artist, but I am now ready to meet all the challenges head on” said Greta, who attributes her sound preparation for all these surrounding factors to her 18-month-long interaction with Scandinavian musicians and producers.

Having a sound education in business methods, Greta has been able to successfully negotiate her own contract and one only needs to spend a few minutes with her in order to understand that she, unlike many young female wannabe pop stars, has total control over her working situation. She realises that she is not just a diva, but one member of an extended team whose aim it is to create an international pop star and thereby take Lithuanian pop music out into the world.
Finding her surname, Sliauzyte, to be quite a tongue-twister, William Butt gave Greta the stage name Zazza, after the gangster Joey Zasa in the film “The Godfather 3”.

When asked why Greta Zazza will not be participating in the forthcoming Eurovision Song Contest, the Swedish veteran smiled and replied “if we had entered her for Lithuanian Eurovision she would most likely have won outright, but the team around Greta didn’t approve of the rules of the contest so  I couldn’t enter her even if I personally had wanted to!”
According to those rules, Greta would have to sing other artist’s songs and they would have to sing her song. This rule was totally unacceptable to the author and composer of Greta’s debut song “Let Him Go”. The song was written especially for Greta by Texas-born Aimee Bobruk and Stockholm-born songwriter/producer Peter Hägerås.

Judging by the reactions so far in Lithuania and Sweden it is fair to assume that a new Baltic star has been born, and that Lithuanian music culture could very well be on the verge of reaching out into world-class popular music.