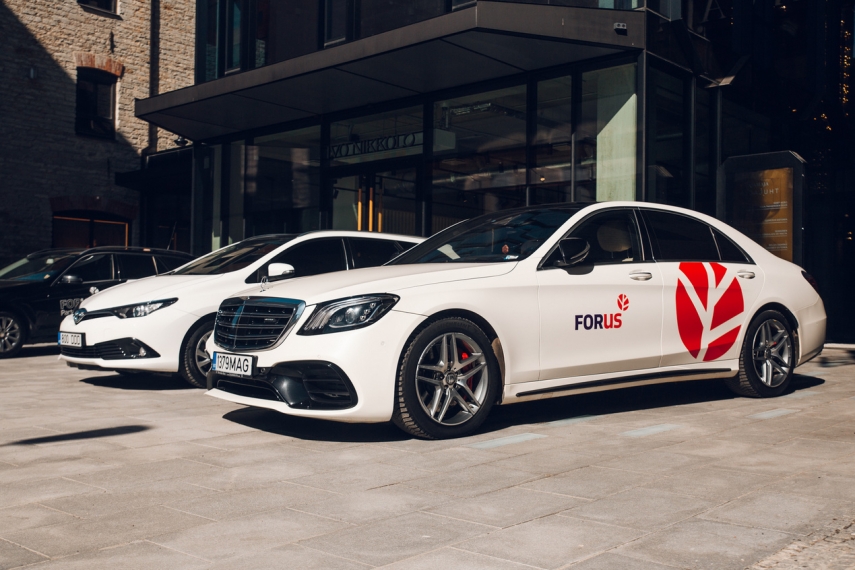 Today, a new taxi ordering platform Forus Taxi is being launched, which will significantly add to the Estonian taxi market. Nearly 1,500 taxi drivers have already joined the company’s new business model. Drivers, customers, and other contributors will be promoted to owners of the enterprise through the US Token program.

The instrument of this unique program is a crypto token called US Token. For their contribution and trips all customers, drivers and other contributors of Forus Taxi will receive tokens, which in the future will begin to gain value on the free market and in five years can be exchanged for a share in the company. For example, if using Forus Taxi a customer travels for 100 euros, he or she will receive one US Token to the client account. In total, 30 million new tokens will be issued, which corresponds to 30% shares of the enterprise.

The new crypto token program was created in collaboration with the startup Koos.io, led by Taavi Kotka.

Forus owner Urmas Sõõrumaa: “Forus Taxi is the realization of my dreams of the last ten years. For more than 30 years I have been associated with various service providers and have established myself in this field. Now it’s time to share. The purpose of the platform entering the market today is to share the participation in the company among partners, customers and other people who contribute. We do our best to create an environment for partners working for the benefit of our company, where they feel good and feel part of this great project. I believe that people will want to come and stay in such an environment. Now US truly means us, all of us together. And together of course is another magic word.”

Forus Taxi mobile app is based on software developed by TaxiGo. New versions of the free Forus Taxi app are already available in the App Store and Google Play Store.

Forus Takso, formerly known as Tulika Takso, can still be ordered by calling 612 0000 or short number 1200, where calls are answered by professional and friendly staff. Initially, Tulika1200 application will work in parallel with the new Forus Taxi application.

Initially, the platform will be launched in Tallinn, but soon Forus Taxi app will also become available in Tartu, Pärnu, Rakvere, and other major Estonian cities. In parallel, the company is expanding beyond Estonia and plans to enter the markets of at least five more countries by the end of this year.

The changes also apply to Tulika Takso, which Forus, owned by Urmas Sõõrumaa, acquired in June last year. Tulika Takso, Estonia’s oldest, customer-favourite and largest high-quality taxi company, will continue to operate with approximately 200 new vehicles under the Forus Takso name. Tulika’s signature quality and safety are enhanced by the capabilities of a modern platform. Among other things, 75 new environmentally friendly Toyota RAV4 hybrid SUVs will hit the streets this year, expansion to other cities in Estonia is planned, and joining the Forus Taxi platform will offer more convenient options for ordering a taxi from smart devices.