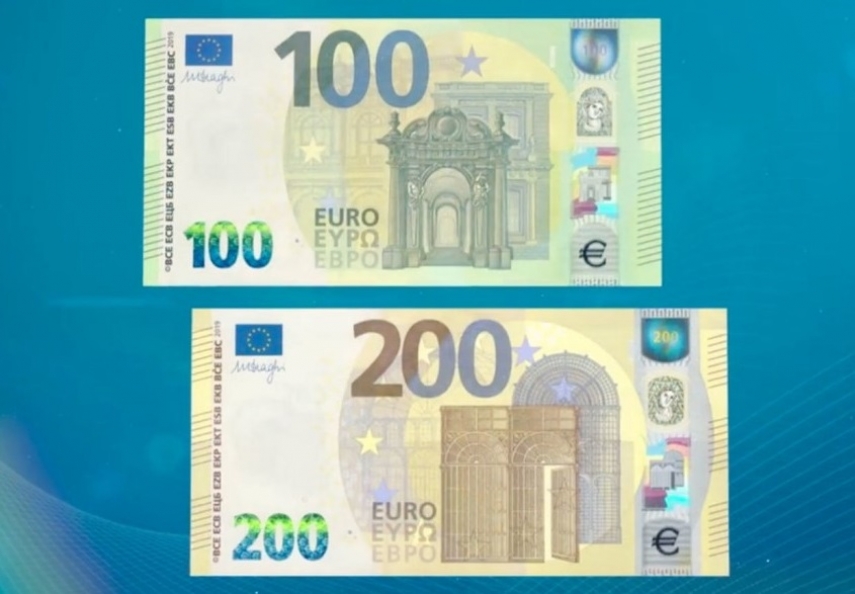 RIGA - New 100 and 200-euro banknotes of the Europa series will be put into circulation next week, representatives of the Bank of Latvia told journalists today.

“These banknotes are narrower that the banknotes of the first series, so they will fit better in wallets easier and last longer. The size has been reduced also to prevent counterfeiting,” said Aleksandrs Antins, head of the Bank of Latvia’s money technology department.

The new euro banknotes have a satellite hologram showing small euro symbols that move around the number and become clearer under direct light, which is an entirely new security feature.

The silvery stripe also shows the portrait of Europa, the architectural motif and a large symbol of the euro. The new 100 and 200-euro banknotes also feature an enhanced emerald number. While the emerald number itself is present on all the other notes of the Europa series, this enhanced version also shows euro symbols inside the numerals.

Bank of Latvia board member Janis Blums said that businesses, retailers and services providers are ready to for the launch of the new euro notes and that no obstacles have been found that might prevent the new notes from being put into circulation.