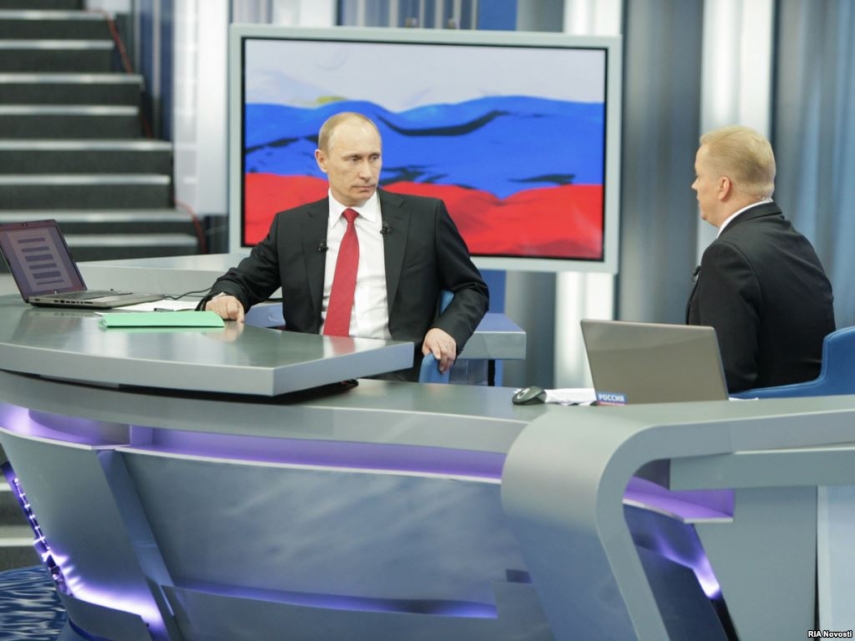 As previously reported, shortly before the European Union's (EU) foreign ministers meeting in Brussels last month, Latvian Foreign Minister Edgars Rinkevics (Unity) sent a letter to EU foreign policy chief Frederica Mogherini, in which he called on the EU to come up with ways to implement measures which would restrict Russia's ability to strengthen its military capabilities.

In the letter, which was obtained by LETA, Rinkevics refers to the worsening situation in Ukraine and calls on the EU to act "swiftly, decisively and firmly".

In the letter, Rinkevics also points out that the question of how to best counter Russia’s propaganda should also be on the agenda. He said decisions should be made to formally establish a EEAS and European Commission Communications team. Likewise, Rinkevics said that a request should be made to the European Commission to draft a strategy to ensure that the media landscape in Europe is balanced, with a view of reporting back to the Council in March.

Several Saeima members have expressed hopes that this communications team could receive assistance from the Riga-based NATO Strategic Communications Center of Excellence.

"If we look at the EU Foreign Affairs Council's document, it mentions strategic communication, information warfare and the fact that Europe must become more active in these matters. I believe that this is an opportunity for the EU and NATO to cooperate and use this [NATO StratCom COE] center," Saeima's Foreign Affairs Committee Chairman Ojars Eriks Kalnins (Unity) told LETA.

However, Janis Karklins, the director of the NATO Strategic Communications Centre of Excellence, has expressed the view that schools should introduce media and information lessons to help counter Russian misinformation.

During an interview with the daily newspaper Neatkariga, Karklins mentioned specific steps that ought to be taken in order to counter propaganda from Russia.

He gave as examples the creation of a specialised television channel or increasing the amount of information in provided in Russian in existing media. Karklins also advocated the introduction of media and information lessons in schools, claiming that these would help to improve students' ability to think critically.

In order to reduce the chance of a specific risk group being subjected to propaganda, public discontent needs to be reduced, Karklins emphasised. In his view, the best way to achieve this is to increase residents' welfare.