NATO reassurances and Baltic defence cooperation: getting the balance right 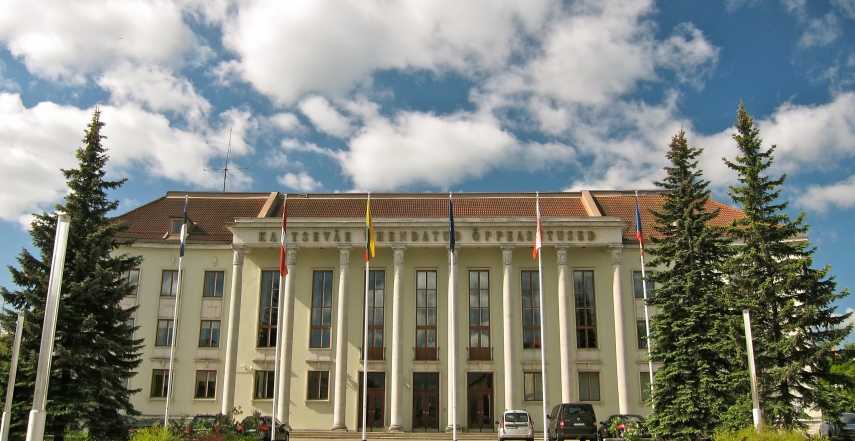 NATO’s reassurances for Central and Eastern Europe (CEE) outlined at the Wales Summit in September have been described as “flexible and scalable”. As part of NATO’s Response Force, commitments include the creation of a 4,000 strong Very High Readiness Joint Task Force (VJTF) capable of deploying within 48 hours. Hosting capabilities will be enhanced; NATO’s air and sea surveillance will be stepped-up, while the increased frequency of allied training exercises will ensure greater NATO visibility on CEE territory. While these measures are significant, they predominantly herald the contributions of NATO’s major powers and other Western allies towards CEE reassurance. Surprisingly, there has been little discussion regarding the input to the region’s security coming from the CEE states themselves.

While substantial, NATO’s reassurances cannot answer all CEE security problems, in order to fill the remaining gaps and avoid a politically difficult, unbalanced division-of-labour within NATO, the region’s states themselves need, in parallel, to foster greater cohesion in defence matters. Given their centrality to the current CEE security situation, this commentary will examine the problems in defence cooperation faced by the three Baltic states – Estonia, Latvia and Lithuania. It will be argued that the best remedy is a balance between NATO encouragement of greater intra-CEE defence cooperation and the continued custodianship of NATO’s major powers over the region’s security.

Many aspects of inter-Baltic defence cooperation have been successful. These include higher military education through the Baltic Defence College as well as joint airspace surveillance and a joint naval squadron, through the Baltic Air Surveillance Network and the Baltic Naval Squadron respectively. Moreover, the Baltic states have been praised for their part in what former NATO secretary-general, Anders Fogh Rasmussen, viewed as a prime example of “smart defence” in action. At the core of this exchange, Baltic airspace is policed by other NATO allies on a rotational basis, while the Baltic armed forces deploy their capabilities elsewhere in line with NATO’s common objectives.

Nonetheless, excluding the aforementioned areas, the Baltic states are hindered by a cooperative security dilemma which unfolds in two layers. Firstly, with NATO advocating increased interoperability and military specialisation under the “smart defence” banner, the thorny issue of defence spending has led deeper Baltic defence cooperation towards a bottleneck. On 2013 figures, Estonia meets the NATO required 2% of GDP on defence while Latvia and Lithuania lag well behind at 0.9% and 0.8% respectively, showing that an unpleasant divide has emerged. Interoperability and a reliable scheme of military specialisation can only be enabled if the trust to do so exists between allies. In the Baltic context, the lack of trust arising from the spending gap stalls potential for greater “smart defence”. Tallinn’s policy-makers will hold little confidence in a system where they rely on their southern neighbours’ ability to invest in delegated defence capabilities. Hence, while the Baltic states share the same security space, their respective militaries develop largely as jacks of many trades, but masters of none.

The second layer affecting Baltic cooperation concerns defence relations with the CEE region more broadly. With Baltic militaries roughly at the same level, there is no frontrunner to lead. Thus, it has been advocated that the Baltic states integrate under wider initiatives led by larger, more experienced allies. From the CEE perspective, as the region’s largest ally holding a stellar defence investment track-record, encouraged by NATO, Poland is the sole candidate able to assume the region’s defence leadership. However, Polish leadership alone will not be enough for the Baltic states. If Polish-led CEE defence cooperation should take shape, the Baltic States may fear that the major Western allies such as the US, the UK and France will misperceive the region as “fixed” and hence decide against further assurance measures. These doubts dis-incentivise the cooperation required to build regional defence cohesion. Hence, tackling this cooperative security dilemma requires a balance where NATO’s major powers encourage greater CEE defence cooperation while guaranteeing that their strong presence supporting the region’s security will remain.

Attractive to Estonia in particular, increased Nordic-Baltic defence cooperation represents a further option. This suggestion earns merit through long-term Nordic engagement in assisting Baltic defence capacity since the 1990s. Moreover, given Estonian doubts over inter-Baltic defence cooperation, a link with Finland emerges as an alternative. As Pauli Järvenpää, a former high-level Finnish defence official, pointed out, Finland and Estonia are standing to gain greater cost efficiency through joint procurements in such an alternative defence acquisition partnership. Nevertheless, a number of difficulties still surround Nordic-Baltic defence cooperation. Firstly, while the Finns and Swedes have been active in assisting Baltic defence capacity-building within the relatively benign security environment since the 1990s, the continued involvement of both in defence cooperation remains questionable should the regional security situation deteriorate. The tradition of military non-alignment in both states could, in a crisis situation, prompt an inward focus advocating minimal regional defence partnerships. Furthermore, on the Baltic side, while enhanced Nordic cooperation appeals to Estonia, the positions of Latvia and Lithuania remain unclear. An Estonian pivot to the north could push Lithuania to sway more towards Poland, leaving Latvia thin in terms of regional defence partnerships and thus exposed. For all three states, the latter is an undesirable scenario given the geographic underpinnings of Baltic security interdependence.

In conclusion, while significant, the reassurances agreed at the Wales Summit should only represent a starting point in the effort to enhance Baltic and CEE defence. Given the deficit of trust surrounding both edges of the cooperative security dilemma affecting the Baltic states, the goals of NATO’s “smart defence” such as greater military specialisation and interoperability will prove politically challenging to achieve in the CEE region. While the Baltic states and Estonia in particular can gain from the added value of supplementary defence cooperation with the Nordic states, easing the problems of defence cooperation is largely a matter for NATO as a whole. It is NATO that, over the long-term, can provide the support to address the region’s cooperative security problems while simultaneously sheltering CEE allies from risk through the safety net of credible reassurances.

Eoin Micheál McNamara is an Associate Fellow at the Latvian Institute of International Affairs. A version of this article was first published by the European Leadership Network.