NATO in Lithuania: capabilities and expectations 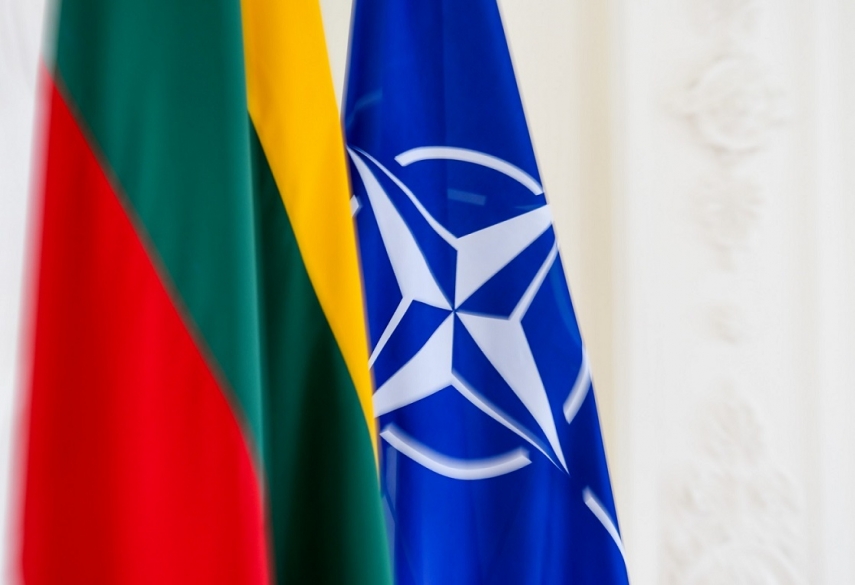 VILNIUS - Lithuania celebrated the 15th anniversary of its NATO membership on Friday. Here are the key facts about the presence of allied forces in the country and authorities' expectations regarding higher capabilities.

MULTINATIONAL BATTALION. NATO's multinational battalion of over 1,000 soldiers has been stationed in Rukla, in central Lithuania, since 2017. Germany, the lead nation, has sent 530 soldiers. Around 240 soldiers have been contributed by the Netherlands and the Czech Republic each, more than 20 by Norway and one by Belgium. Iceland has sent a civilian. The allies have also brought tanks, infantry fighting vehicles and other military equipment with them.

German Defense Minister Ursula von der Leyen promised several months ago that her country would invest 110 million euros in military infrastructure in Lithuania's Rukla and Pabrade over the next three years.

AIR-POLICING. A Polish Air Force detachment with four F-16 fighters is currently carrying out NATO's Baltic air-policing mission from the Siauliai air base in Lithuania. The Alliance's member states have been patrolling the skies over Lithuania, Latvia and Estonia on a rotational basis since 2004.

HEADQUARTERS IN VILNIUS. Opened in 2015, the NATO Force Integration Unit (NFIU) in Vilnius is manned by 20 national staff and 20 staff from other NATO nations. The unit's mission is to facilitate the deployment of the Very High Readiness Joint Task Force and other allied forces to Lithuania.

ENERGY SECURITY CENTER. Established in 2012, the NATO Energy Security Center of Excellence (ENSEC COE) currently employs 32 people, half of whom are Lithuanian military and civilian personnel and the other half are staff from ten NATO member countries.

CONTROL AND REPORTING CENTER. Several dozen Estonian and Latvian troops are deployed at the Combined Control and Reporting Center, set up by the three Baltic states within the Lithuanian Air Force's Airspace Surveillance and Control Command in the district of Kaunas. Exact personnel numbers are not publicly available.

THE UNITED STATES. Around 25 US troops are serving in the Lithuanian Armed Forces' logistics battalion based in the southern town of Marijampole. An undisclosed number of US special operations troops come to the country on a regular basis.

The US has provided more than 200 million euros to Lithuania since 2014, purchasing military equipment, organizing exercises and investing in military infrastructure. There are premises for storing US weaponry and equipment in Mumaiciai, in the district of Siauliai.

EXPECTATIONS REGARDING AIR DEFENSE AND SHIPS. Lithuania has close-range missiles and is buying medium-range systems but cannot afford long-range missiles capable of downing aircraft or ballistic missiles. Lithuania wants allies to deploy such missiles, but the chances of that happening look slim at the moment.

Lithuania also wants the mandate of NATO's air-policing mission to be changed to turn it into an air defense mission. Radars, agreements on information exchange and defense plans for neutralizing Russia's capabilities in Kaliningrad in case of a conflict are also important for an effective air defense.

MOVEMENT OF FORCES. Lithuania is a vocal supporter of the creation of the so-called military Schengen system to allow troops to move unhindered across Europe.

The Baltic countries say they have put in place a system to ensure that NATO military vehicles and other equipment are issued with entry permits within 24 hours. However, they still face the challenge of adapting their civilian infrastructure -- railways, roads or viaducts -- to military needs.

Officials in Lithuania and other countries of the region call for giving more powers to NATO's Supreme Allied Commander Europe (SACEUR) amid concerns that it may take too long for the Alliance's council consisting of representatives from all member countries to make decisions in a crisis.

US SUPPORT. With Lithuania's efforts toward reestablishment of permanent presence of US troops running out of steam, Vilnius is now trying to persuade Americans to hold military exercises in the country more frequently. Company-sized units of US troops had been stationed in the Baltic states on a rotational basis since 2014 in response to Russia's aggression in Ukraine.