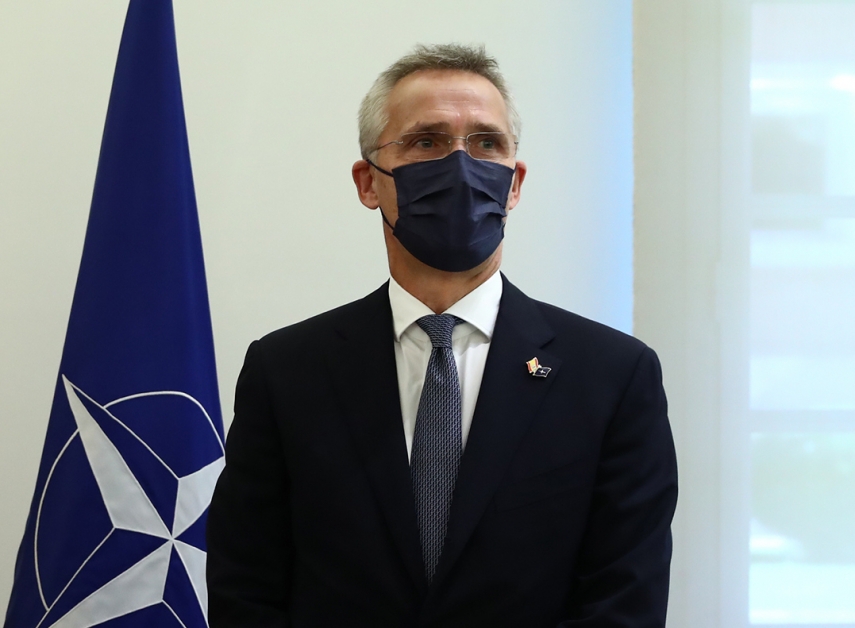 BRUSSELS - Russia's deployment for a military exercise in Belarus and on the borders of Ukraine marks a "dangerous moment" for European security, NATO's chief said Thursday.

"We are closely monitoring Russia's deployment in Belarus, which is the biggest since the end of the Cold War," NATO Secretary General Jens Stoltenberg told reporters at a news conference with British Prime Minister Boris Johnson.

"This is a dangerous moment for European security. The number of Russian forces is going up. The warning time for a possible attack is going down."

Stoltenberg and Johnson both warned Russia that NATO is deploying more forces to its eastern member states, such as Poland and Romania, and that Russia's behavior would not deter them.

Both leaders said NATO is ready to engage with Russia in talks on de-escalation and arms control, but warned that the alliance will not compromise on its open-door policy.

Russia's wide-ranging demands for security guarantees include an insistence that its southern neighbor Ukraine must not be allowed to join NATO.

"When the Berlin Wall fell, the people of Europe made clear that they wanted their freedom and their security to be inextricably tied together." Johnson said.

"We must resist, we must oppose any return to the days when fates of nations are decided over their heads by a handful of great powers," he said.

Stoltenberg said he had written a letter on Thursday to Russia's Foreign Minister Sergei Lavrov, urging Moscow to resume a dialogue under the revived format of the NATO-Russia Council.

There have been several attempts to reach out to Russia's President Vladimir Putin since the start of the Russia build-up, most recently by President Emmanuel Macron of France and Germany's Chancellor Olaf Scholz.

But Russia has continued to increase its presence and battle-readiness, conducting exercises in Belarus and the Black Sea, while NATO is still shoring up its eastern flank.

"We're seeing the massing of huge numbers of tactical battalion groups on the borders of Ukraine -- 70 or more." Johnson said.

"This is probably the most dangerous moment, I would say, in the course of the next few days, in what is the biggest security crisis that Europe has faced for decades."

Earlier, ahead of a meeting with British foreign minister Liz Truss, Lavrov had warned that western threats would do nothing to ease tensions over Ukraine.

"Ideological approaches, ultimatums, threats -- this is the road to nowhere," Lavrov said, adding that Britain's ties with Moscow were "at their lowest point in recent years".