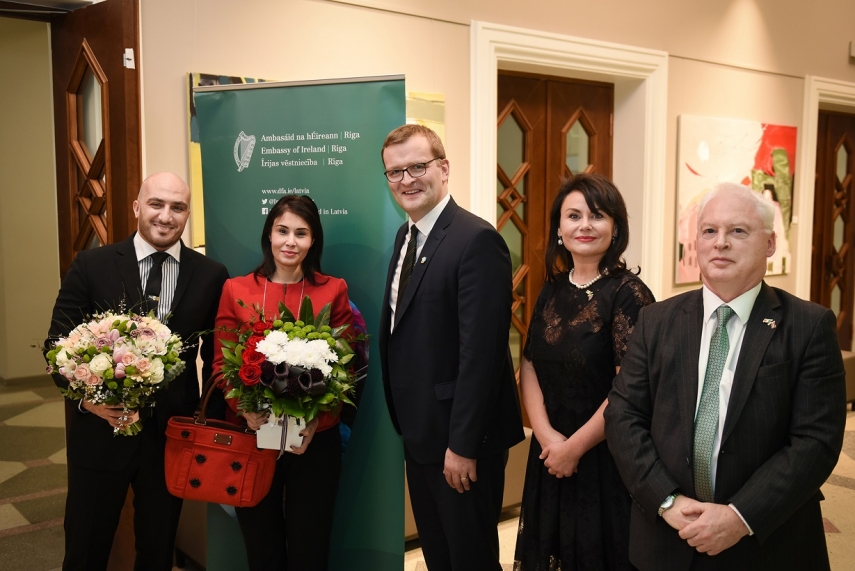 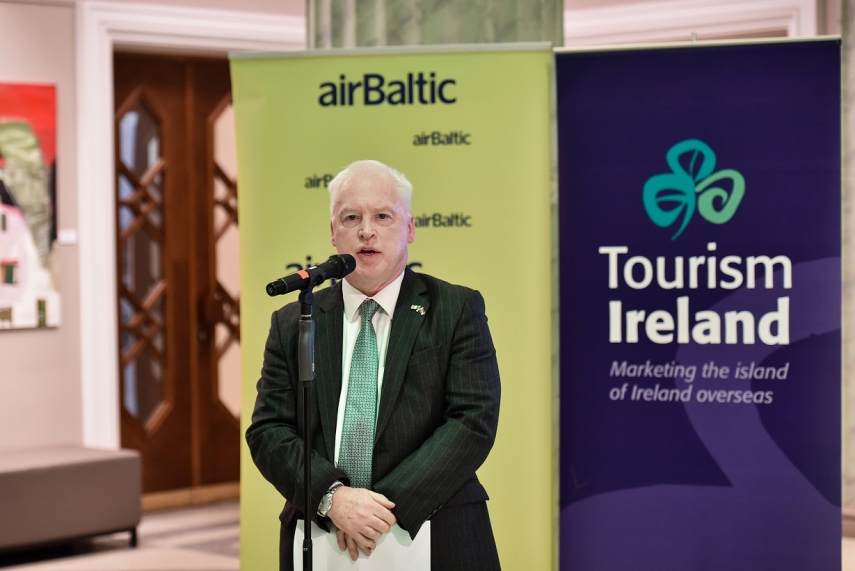 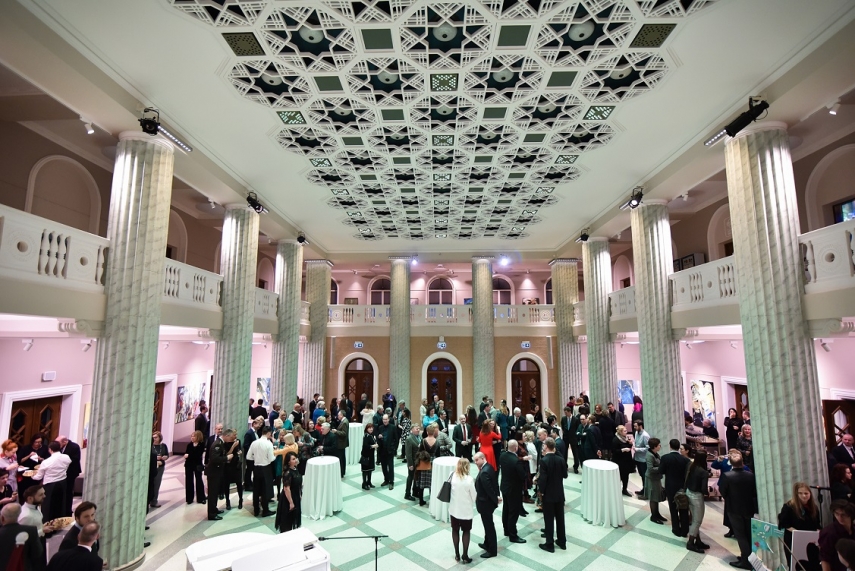 RIGA - On the occasion of Ireland’s National Day, the Embassy in Riga held its annual St Patrick’s Day reception, this year at the restored VEF Cultural Palace that was beautifully illuminated in green, the colour that has become a symbol of the Emerald island.

The global celebration of St Patrick’s Day is truly unique. No other country has a national day that is so widely celebrated.  Its history, culture and local impact is celebrated all around the world.

St Patrick himself came to Ireland from Roman Britain.  Captured by an Irish raiding party, he was enslaved and spent six years tending animals on a bleak Irish mountainside.  Showing true grit and ingenuity, he escaped back home.  But he could not shake Ireland from his heart and determined to return as a Christian missionary.

The story of St Patrick is emblematic of the many aspects of migration.  He personified this and became, rightly, a symbol of the Irish that has echoed down the centuries of Irish history. Through our Diaspora, the story of St Patrick has further influenced the histories of many other countries around the world.

This year, Ireland’s Minister of State for Local Government and Electoral Reform John Paul Phelan, TD, participated in the event as well. The Minister used the opportunity to thank Latvian colleagues and all EU partner countries for the support extended to Ireland during Brexit negotiations. Minister Phelan emphasised the importance of avoiding the hard border on the island in order to maintain peace and prosperity.

This ministerial visit followed a line of high-level bilateral visits to Latvia – the Speaker of the Irish Parliament visited Riga last May, President of Ireland Michael D Higgins paid a State Visit to Latvia last June, Minister for European Affairs Helen McEntee, TD, was in Riga just a couple of weeks before, in the end of February.

Reception gathered an impressive number of guests, among them members of the Diplomatic Corps, Members of the Latvian Parliament, Ministries’ officials, business leaders, media representatives and other opinion formers.

Ambassador Jim Hennessy thanked airBaltic for opening a new direct Riga-Dublin flight which commences on 31 March 2019. To celebrate this significant development, the Embassy had organised a competition on social media and the winner who received two return tickets Riga-Dublin, was awarded during the reception as well.