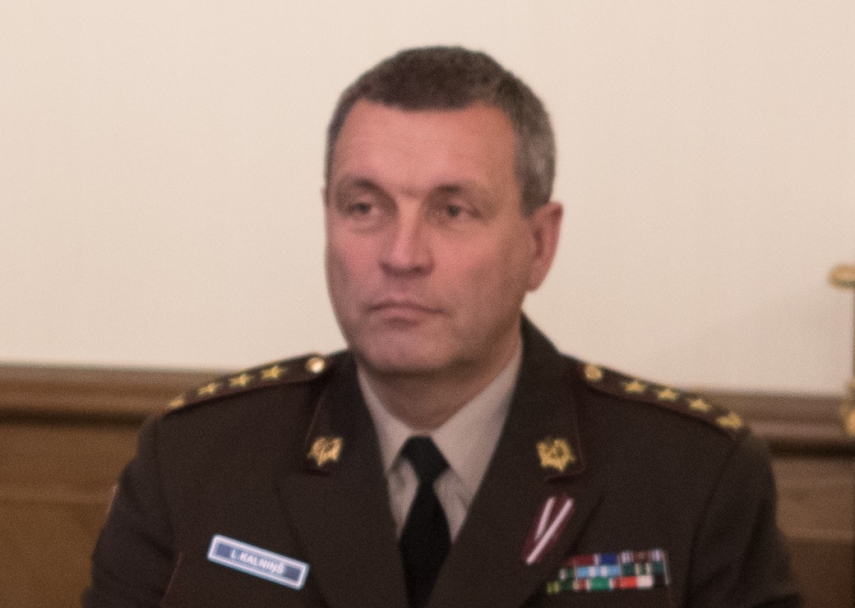 RIGA - In its defense concept, Latvia should not assume that it can have only one potential opponent, said Leonids Kalnins, Commander of the National Armed Forces (NAF), in an interview with Defense Ministry's Sargs.lv portal.

He explained in the interview that in recent years Latvia's neighbor Russia has demonstrated its readiness to use military force to shift its territorial borders. Despite aggressive actions by this neighboring country in recent years, Latvia must not assume in its defense concept that it can only have one potential opponent.

Kalnins emphasized that the NAF has always avoided making loud statements in calling a country a potential source of threat, because cyber threats or information war and propaganda campaigns could also come from other countries.

"It is our job to provide the widest possible range of defense capabilities, no matter who might attack us. This is the only way we can be prepared. It would be a mistake if we were suddenly to name only Russia as a threat. In that case, we would take a very narrow path in developing our capabilities, which, if other threats suddenly appear, could prove to be too narrow. It should be wider. There must be a system in place to respond to any attack," Kalnins admitted.