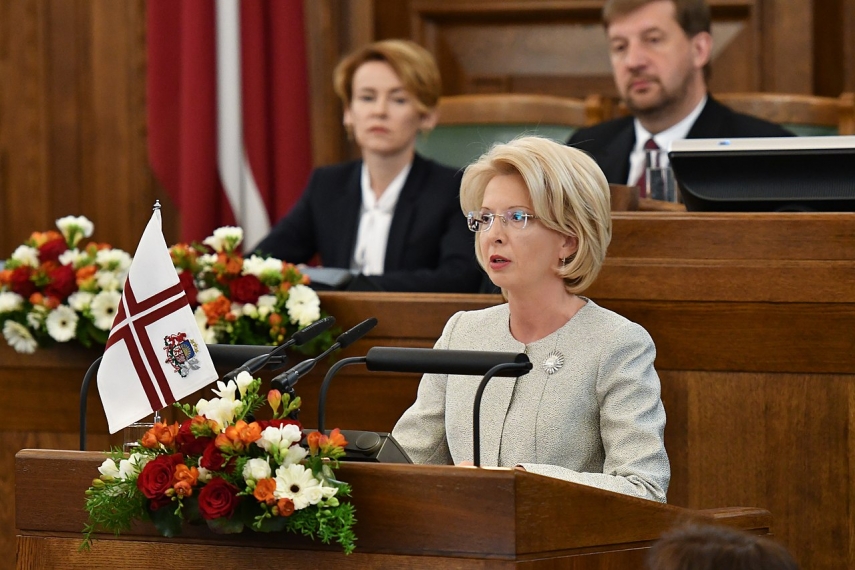 RIGA - During the discussions about the administrative territorial reform, it is important that the Latvian Association of Local and Regional Governments (LALRG) not just simply says "no" to the reform, but also offers its vision of the reform so it could eventually say "yes", Saeima Chairwoman Inara Murniece (National Alliance) said during the 30th congress of the LALRG today.

Society demands justice, solidarity between fellow citizens, and reduction of social inequality, regardless where a given resident lives, stressed Murniece.

The administrative territorial reform is one of the goals in the government declaration, and the purpose of the reform is to reduce the imbalances in regional development, reduce poverty and provide support for all social groups. However, it cannot be implemented by Saeima or the government alone, it means a work to be done for everyone, so all people could enjoy the results thereof, irrespective of where they live, said Murniece.

According to Murniece, the congress gives municipalities the opportunity to agree on a program to implement the reform and improve cooperation with Saeima and government.

The LALRG is a large and influential organization that has taken on the mission of strengthening the foundations of democracy since its inception, stressed Murniece.

She also pointed out that over the years, the LALRG had evolved into an entity that influenced national politics, and emphasized the role of local governments in maintaining and preserving national traditions and providing social functions. "All the regions together form the country as a whole, and residents judge the state by looking at what is happening in their municipality," said Murniece.