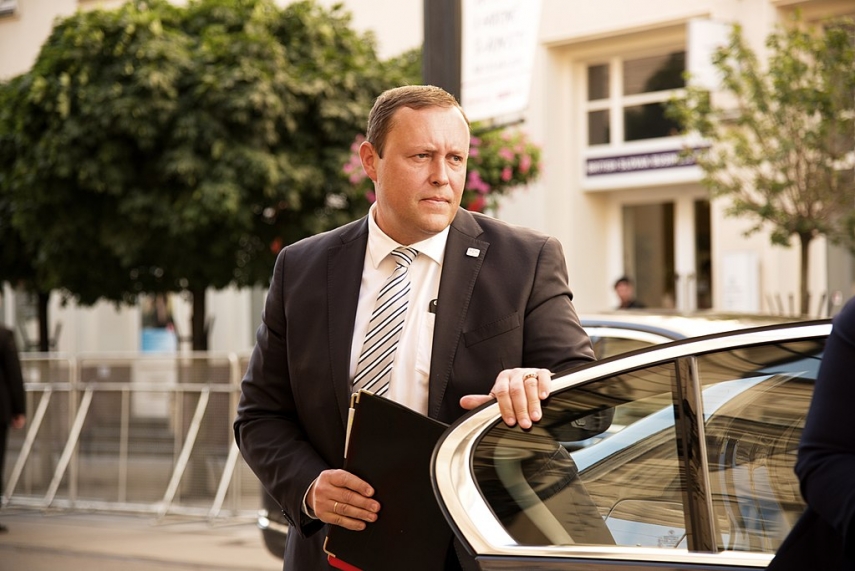 RIGA - The murder of insolvency administrator and certified lawyer Martins Bunkus in Riga Wednesday morning most probably was a contract killing but other theories cannot be ruled out, Latvian Interior Minister Rihards Kozlovskis (Unity) told LETA.

The minister confirmed that Bunkus was the victim shot dead in his car on Wednesday morning.

Most probably it was a contract killing related to the victim's professional activity, he said.

In an interview with the public Latvian Radio later on Wednesday, the interior minister said that the State Police would throw all possible resources into the investigation.

"We must do everything to solve [this crime], and I am sure that it will be done," Kozlovskis said.

He noted that Bunkus had had a vast professional activity both as a lawyer and an insolvency administrator therefore most probably it had been a contract killing but other motives should not be excluded.

As reported, a man driving a white Range Rover was shot dead at 8:40 a.m. this morning near the Riga Brethern Cemetery. The car swerved off the road and crashed into the cemetery's fence. There was a bullet hole in the front window on the driver's side.

The police said that a tarp-covered pickup truck was seen at the scene of the crime and called on any possible witnesses to come forward.

Bunkus was one of the legal aides hired by Armands Rasa, the liquidator of Trasta Komercbanka, to help with the liquidation process. Rasa declined any comments, and so did Bunkus Law Office.