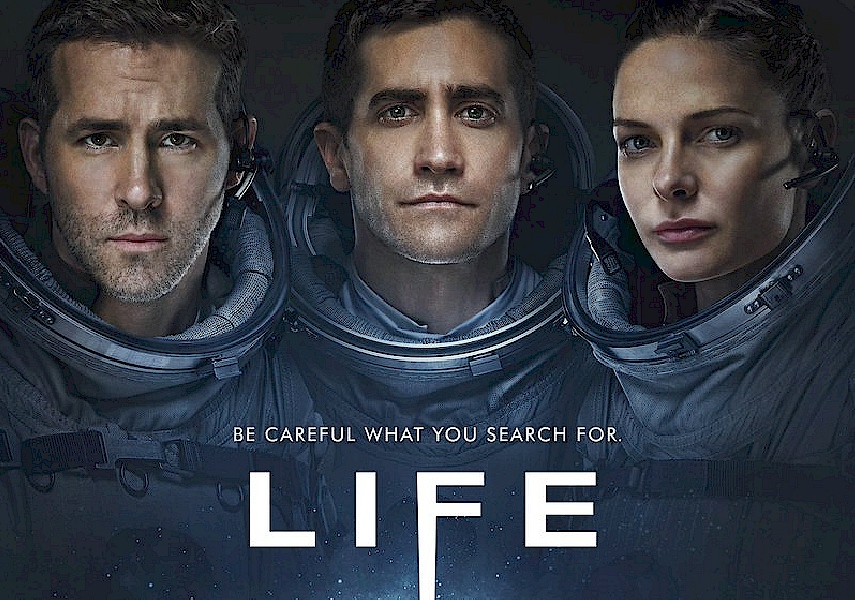 Life is a terrifying sci-fi thriller about a team of scientists aboard the International Space Station whose mission of discovery turns to one of primal fear when they find a rapidly evolving life form that caused extinction on Mars, and now threatens the crew and all life on Earth.

The film tells the story about a crew of six astronauts aboard the International Space Station that performs a successful capture of a space probe returning from Mars with a sample inside. The crew determines that the sample contains a large, single-celled organism – the first example of life beyond Earth.

However, the study eventually backfires as the organism displays incredible strength and gains intelligence. Trapped aboard the ISS with the rapidly-growing organism that proves far more intelligent and terrifying than anyone could have imagined, the members of the crew must find out how to kill it before it manages to escape and decimate Earth.
The film stars Jake Gyllenhaal, Rebecca Ferguson, Ryan Reynolds and others.

More info on this movie can be found at the official website: www.lifemovie.com