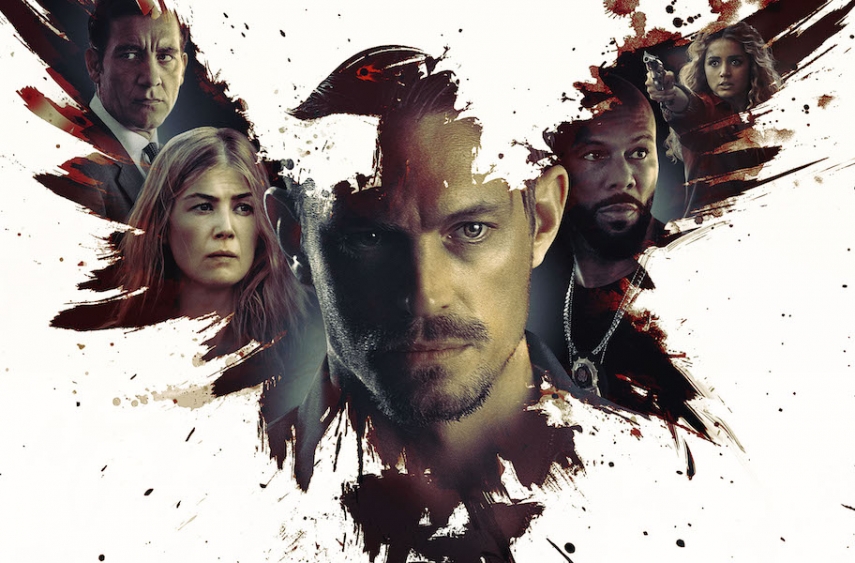 The Swedish crime novel Three Seconds by Anders Roslund and Börge Hellström has been relocated to modern-day New York in this big, chewy and sometimes indigestible drama thriller from director Andrea Di Stefano, who has adapted the novel with British screenwriter Rowan Joffe. It’s a story about an undercover agent who, in time-honored style, is informed by his duplicitous handlers that he can’t be brought in from the cold just yet.

Joel Kinnaman plays Pete Koslow, an ex-con out on license and working for a Polish drug gang but secretly feeding information to FBI agent Wilcox (Rosamund Pike). The big drug deal whose exposure was supposed to be his ticket out of the game ends in bloody chaos when a cop is killed by one of the trigger-happy gangsters, and the hatchet-faced crime overlord decrees that in penance Koslow must break his parole conditions and return to prison to supervise the gang’s drug distribution there. Wilcox grimly tells Koslow that he must go along with this scheme: a nightmare journey back to jail – back to the belly of the beast.

This is a tough, muscular, sweaty thriller, swarming with minor characters; there is hardly a square inch of skin not covered in an elaborately threatening prison tattoo. The rapper and actor Common gives a strong, plausible performance as NYPD detective Grens, a straight-arrow cop investigating the murder of a fellow officer and suspicious at the stonewalling attitude from the FBI – especially Wilcox’s slippery superior, Montgomery, played by Clive Owen.

The Informer is spread over a big canvas, but by the time of its big finale it is leaking energy. It might have made better sense as an episodic drama on television, but it is brash and watchable, its world reeking with cynicism and fear.