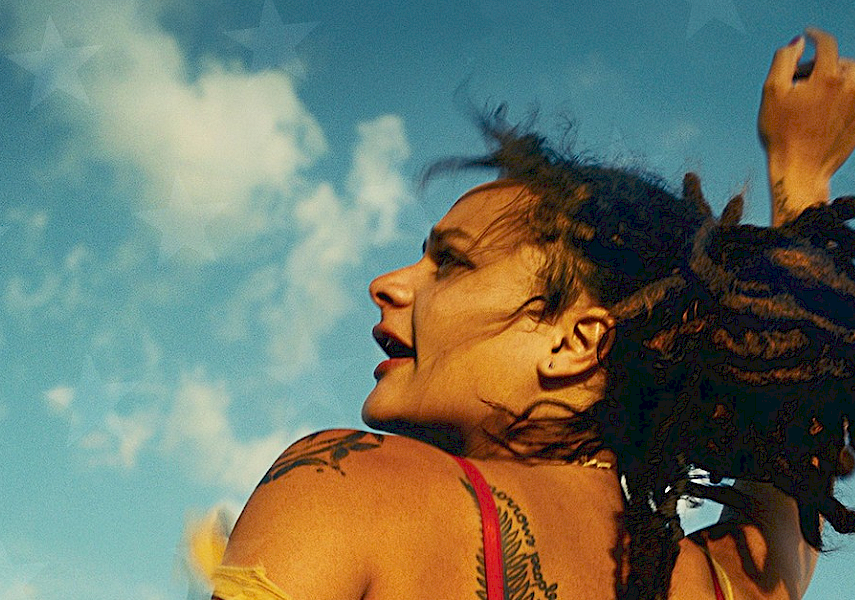 American Honey (2016) — in cinemas starting Friday, Nov. 11
Without question one of the best movies to have premiered at the Cannes Film Festival in May was American Honey, Andrea Arnold’s searing story of a new generation of drifting youth that won the British director the Jury Prize (essentially third place). At 162 minutes, it is an ambitious but wildly satisfying road picture centring on Star (Sasha Lane), a free-spirited 18-year-old trailer park resident who leaves her troubled home in the American Midwest and hooks up with a traveling band of young people on the backroads of America who sell magazine subscriptions door to door.

They are a party-hearty collection of misfits, somewhat lost but perhaps looking to be found, itinerant labourers who peddle publications door to door for long hours during the day and party hard at night, never certain where the job will lead next. For Star, it is an exciting and exotic new world, particularly the group’s leader and most charismatic salesman Jake (Shia LaBeouf), the crown jewel in this gang that reports to the sleazy, motel room-dwelling Krystal (Riley Keough). She is the puppeteer controlling the strings of this low-rent operation and pockets most of the profits. Jake’s growing relationship with Star gets in the way of all that and causes friction.

American Honey is spellbinding, spell-breaking cinema, a honey trap for the senses, too seductive to refuse.

For more info on this movie please visit the official web site:
www.americanhoney-movie.com