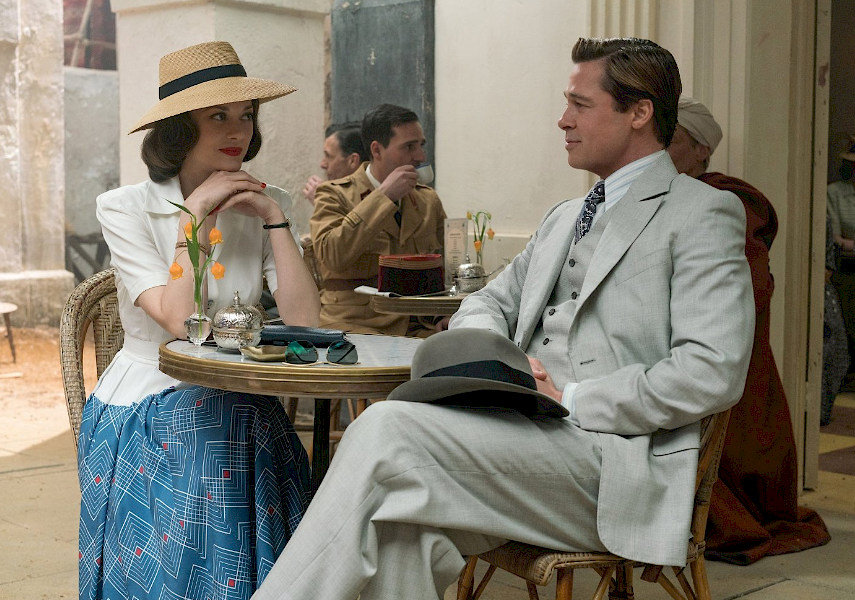 As Angelina Jolie files for divorce, all eyes now are on Brad Pitt’s upcoming film with Marion Cotillard.
Allied is a 2016 British-American romantic thriller film directed by Robert Zemeckis (Forrest Gump) and written by Steven Knight. It is reportedly based on a true story about two assassins who fall in love during a mission to kill a German official. The film stars Brad Pitt, Marion Cotillard, Lizzy Caplan, Jared Harris, and Matthew Goode.

In 1942 North Africa, Canadian intelligence officer Max Vatan (Brad Pitt) meets French Resistance fighter Marianne Beausejour (Marion Cotillard) on a secret mission behind enemy lines. Nothing brings a couple together like toppling a Nazi stronghold with a hail of gunfire. Naturally, they fall in love and get hitched in London, eventually having a child together. Their relationship is strong and normal but becomes threatened by the brink of war, as Max’s military superiors have reason to believe his new bride may be a Nazi spy working for the Germans. Vatan is then placed under considerable pressure to kill Beausejour himself or to be executed for failing to obey orders. Convinced of her innocence, he sets out on a very dangerous mission to clear her name.
Allied will hit theatres on Nov. 25.

For more info on this movie please visit www.imdb.com