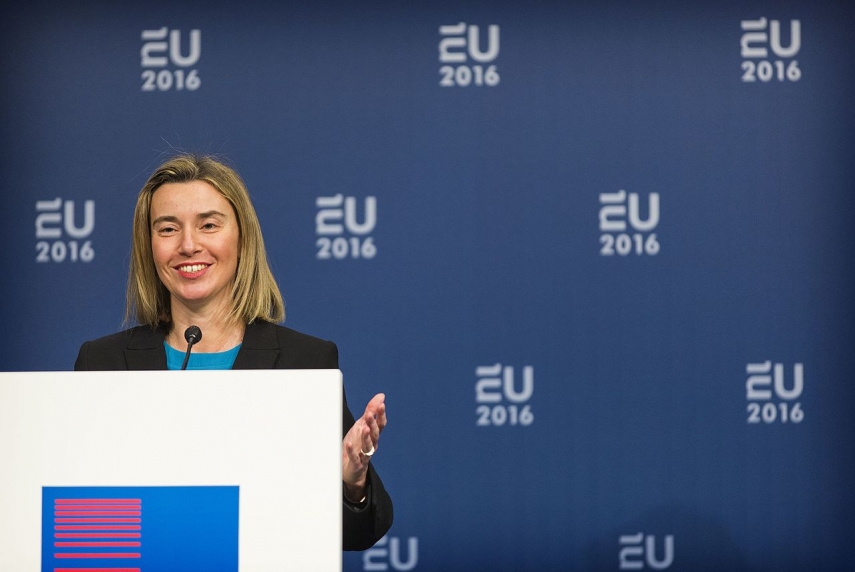 TALLINN - The European Union expects energy and determination from Estonia during the country's upcoming presidency of the Council of the European Union, EU high representative for foreign affairs Federica Mogherini said in an interview with BNS.

"I am sure that we will work very well and very closely with the Estonian presidency. We had the opportunity to welcome Prime Minister [Juri] Ratas and his government to Brussels only last week. We have already started to work together on a shared set of priorities," said Mogherini, who will be one of the speakers at the Lennart Meri Conference starting on Friday in Tallinn.

"In the field of foreign and security policy, just three examples of what will require strong determination and a capacity to coordinate, three issues that will feature prominently on our EU agenda during the Estonian presidency are the Eastern Partnership Summit in Brussels, the EU-Africa Summit in the Ivory Coast, and the work on defense," she added.

"In all of these files, and many others, I count on the energy and the determination of the Estonian presidency to accompany in the best and most effective way the work of our union, in true teamwork," Mogherini added.

"I am really looking forward to working together with the people and the institutions of Estonia -- and in particular with Prime Minister Ratas, Foreign Minister [Sven] Mikser and Defense Minister [Margus] Tsahkna -- to deliver good results for our European citizens," the EU high representative said.

This year's Lennart Meri Conference, entitled "Darkest Just Before the Dawn?: The War on Trust and How To Win It", will take place from May 12 to 14. The conference will consider the severe challenges the West is facing and seek to identify the opportunities that may arise in these bleakest moments.

In addition to politicians and think tank representatives, the list of participants includes civil society activists from Russia, Belarus, and Ukraine. Leading journalists active on social media, Michael Weiss and Ahmed Rashid, will help to give meaning to the topics of the post-truth era and information warfare. Stephen E. Biegun, corporate officer and vice president of International Governmental Affairs for Ford Motor Company, and writer and journalist Sarah Kendzior will be among the speakers to speak about the foreign policy of the new US administration.

Other topics to be discussed include the future of the European Union, the impact of populism on democracy, Russia's growing militancy in the information space and cyberspace, the conflict in Syria, China's growing influence -- the topics that demand not only answers but also fundamental readjustment and changes in the present world order.

The conference will kick off on May 12 at 4:30 p.m. at Radisson Blu Sky Hotel in Tallinn and end on the afternoon of May 14. The discussions will be streamed live on the website of the event.