MO Museum presents the grand exhibition “The Origin of Species: 1990s DNA” that is full of memories and most diverse moods 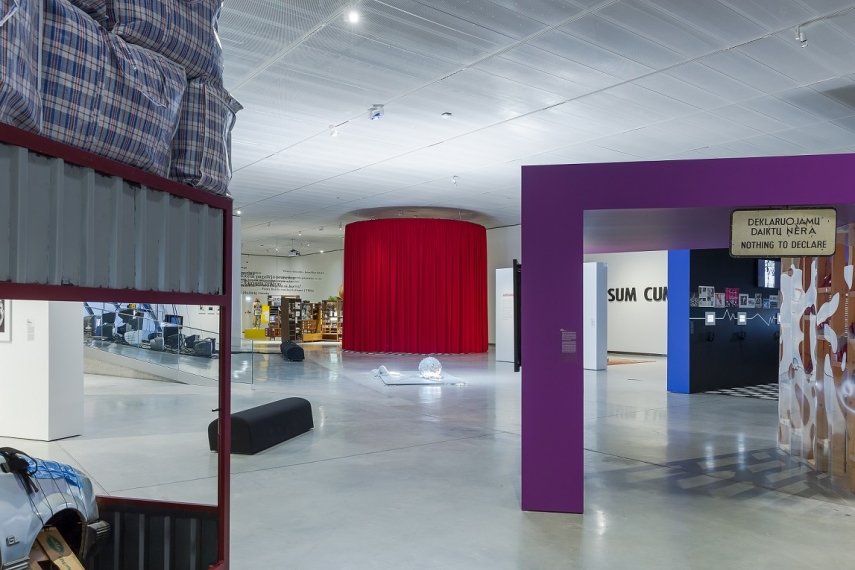 “The idea of the exhibition presenting the period of 1990-2002 appeared three years ago. It seems that it was then and still is important now to look back at this time which was so critical for all of us – after all, if we are willing to understand ourselves today, we need to rethink who we were before.

The 1990s were a colourful time of "high temperature", thus, at the exhibition, we are not looking at art processes but at the period itself. We are not confined only to the exhibition spaces – the topic is also introduced in a book published on this occasion as well as in the e-guide accompanying the exhibition”, says Milda Ivanauskienė, Director at MO Museum.

Exhibition curators are taking a look at the most prominent phenomena in our society. And they are doing this not through the political point of view but from the perspective of the people who had to survive.

“We saw this era as the emergence of civilization. Almost as in Charles Darwin's book and his theory, in the 1990s, most people found themselves without their usual sources of survival and sought for their own place in the world. To survive meant to fight, and often it was even a physical struggle. DNA is a kind of our genetic code. We were looking for codes that keep determining our identity,” says Vaidas Jauniškis, a cultural analyst and the exhibition curator.

The dominant keyword in the exhibition is freedom. Freedom to create and to act in any field – be it business or art, when everything seems to be possible. However, the exhibition curators did not lose sight of the price of freedom – the rampage of the criminal world, insecurity, deficiency, uncertainty and obscurity.

“In the early 1990s, society experienced the processes of de-Sovietisation, Europeanisation, globalisation, the takeover of the ideas of postmodernism, creation of models of the economic liberalism as well as resistance to it. Total chaos, but it could not have been otherwise. After all, we are talking about the effort to create a new world,” says Aurimas Švedas, cultural historian and the exhibition curator.

Art, culture and the everyday stories of that time are being combined at MO Museum. Alongside music, fashion, the market and Gariūnai economy, mafia and pop culture, pieces of art from the MO collection are displayed as well. The total of 39 works by 39 artists are exhibited that do not necessarily belong to the period introduced in the exhibition, but they refer to that decade.

“MO Museum is an open museum and this exhibition just reaffirms it. We were preparing it with all the people who responded to the MO invitation and shared a variety of items and their memories with the museum. They also shared stories of the 1990s and this became part of the e-guide which complements the exhibition. We are very grateful and delighted with this engagement,” says Miglė Survilaitė, Curator of the exhibition.

The exhibition does not offer a coherent narrative – its sections refer to the most striking phenomena of the time; therefore, visitors can walk through its different sections and look for their own paths, storylines and memories.

There is definitely something to discover, remember and even try out. The exhibition visitors will discover the Lithuanian Olympic costume designed by Issey Miyake for the Barcelona Olympics 1992, the shoe and the icebreaker of Vladas Vitkauskas who climbed the Everest in 1993, the different types and prevailing fashion trends of that period as well as the legendary kiosks. We should not forget the “netflix” of the 1990s – the fleet of videotape rentals, and the “facebook” of the era when friends “accounts” were laid down in writing in school notebooks; also pagers, first cell phones, childhood games, songs and lists of favourite bands and their posters, and many other daily life objects that may bring about a variety of moods.

The preparation of the exhibition began by sharing memories. The curators claim that whilst remembering the 1990s they understood how different and diverse they were.

They also admit that everyone can have different memories of that time. According to Jauniškis, “we did not want to present the encyclopedia of the 1990s. We have introduced some signs in the exhibition that should evoke our memories. And if for some it looks like the 1990s were not like that, they will be right. The 1990s were very diverse, as was our society at that time.”

The building of MO, designed by world-famous architect Daniel Libeskind, opened its doors on 18 October 2018. Until this opening, MO Museum, originally founded as the personal initiative of scientists Danguolė and Viktoras Butkus, has been a museum without walls for almost a decade. Its collection of over 5,000 works of modern and contemporary art contains the best of the Lithuanian art from the fifties of the 20th century until today. During the first year, almost 200,000 visitors have visited MO Museum.

MO Museum is a place for excellent leisure that also tells stories about us. You are invited here for exhibitions, movies, educational activities, concerts, and other events for various age groups. One of the goals of MO is to build an active community – MOdernists –  who support the MO idea and help create the new museum together!