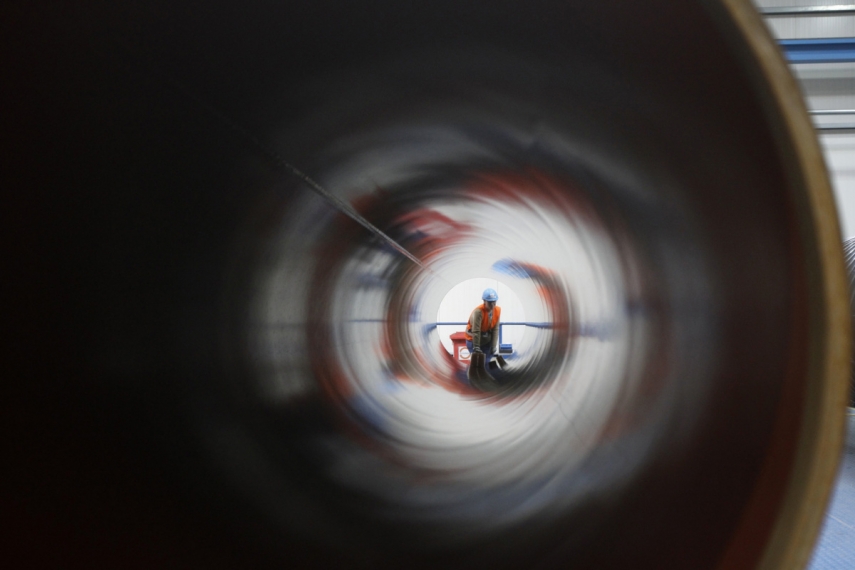 Nord Stream 2 provides another reliable route for transporting gas to Europe, nothing more, nothing less. The proposed Nord Stream 2 natural gas pipeline is generating a spirited debate on both sides of the Atlantic. But debates should be guided by facts, not fearmongering, which seems to be the preferred tool of the project's opponents.

Nord Stream 2 Is Not a Russian Political Weapon

The pipeline is a commercial project that Europe needs to ensure its own energy security at competitive prices for decades to come. It’s supported by relevant European partners and underwritten by five Western energy companies, including ours. Our companies aren’t tools of any foreign government. BASF/Wintershall, OMV and Uniper are publicly-traded entities with shareholders who expect prudent returns on their investments. We have an obligation to ensure security of supply and competitive gas prices for our customers.

The European gas market has both modernised and liberalised over the last decade. Nord Stream 2 represents an important extension of existing import routes, and its construction is precisely in line with the aims of the European Energy Union and a strengthened internal gas market in Europe. The Third Energy Package put in place a well developed, intra-European framework of hubs that allows gas to flow freely in multiple directions from a variety of points of origin. Europe's gas market today allows European consumers to buy gas from whomever they wish and simply doesn’t allow any supplier to block access to the market. Moreover, if any supplier determined to cut off flows of gas (and suffer the harsh economic penalties for doing so), having additional supply corridors would help ensure that every location in Europe could still be supplied through the hub system. In other words, the notion that Russia could use gas as a weapon—even if it wanted to—is simply a hoax.

To the Contrary, Russia Must Compete for Market Share

Due to the competitive nature of the EU market, Russian gas must be priced competitively and delivered reliably to compete with other options that Europeans now have for gas, including its own domestic supply, gas from the Middle East and liquefied natural gas (LNG). At this time, LNG, which requires time to ship and then regasify and store once it reaches a European port, is often not as economically attractive as piped gas, but these conditions might change over time based on the principle of supply and demand. Nord Stream 2 simply provides another option for consumers and increases competition. Competition between suppliers helps keep prices down, which is what a healthy market for a fungible product dictates.

Unlike the United States, Europe doesn’t have vast reserves of natural gas to supply its energy needs. Whilst today European production (primarily in the North Sea via Norway and the Netherlands) is an important source of natural gas for the continent, that production is dropping rapidly as these old fields deplete. Meanwhile, demand is steadily rising and will continue to do so over time, with experts forecasting that Europe will need an additional 120 billion cubic meters (bcm) of imported gas by 2035. No credible expert disputes that rising demand coupled with a decrease in domestic production means that Europe's import needs will only continue to grow.

Russian piped gas, which is more competitive than LNG, is thus critical for Europe, whether it flows through Ukraine, Poland or underneath the Baltic Sea to Germany. Of those routes, Nord Stream 2 connects directly to Western Europe and with limited transit risks. But we don’t depend solely on Russian sources for our gas. We also need and consume gas from other sources, including Norway and via more LNG imports. We expect to continue purchasing gas from all those sources, even with Nord Stream 2, as the domestic supply/demand gap widens.

Some have also mistakenly claimed that the current Nord Stream 1 pipeline is underutilised in order to argue that there’s no need for Nord Stream 2. This is blatantly untrue. Each year since coming online, Nord Stream 1 has taken on more and more capacity, underscoring the increasing need for gas in Europe that Nord Stream 2 will help supply. Nord Stream 1 was utilised at 93 percent in 2017, and to date in 2018 has been used at full capacity.

The notion that Nord Stream 2 will mean the loss of all transit fees for Ukraine is patently false. In 2017, European buyers imported over 170 bcm of gas from Russia, 93 bcm of which came via Ukraine, 30 bcm via Poland and 51 bcm via Nord Stream 1. With a maximum capacity of 55 bcm, Nord Stream 2 obviously can’t replace 123 bcm transported through Ukraine and Poland, especially with demand expected to rise. Europe will continue to need gas through the Ukrainian supply route. Moreover, Germany and the EU are committed to ensuring Ukraine's place as a European gas partner. But putting all the proverbial eggs in the basket of Ukrainian transit is beyond foolhardy. In addition to not having enough capacity to meet European needs, the Ukrainian system's age and Naftogaz's lack of investment in infrastructure provide the opposite of ‘energy security’.

A bigger share of natural gas in the European energy mix is a prerequisite for achieving any climate goals, and Nord Stream 2 delivers a sustainable contribution to the EU's energy targets. A low-emission European economy needs gas to replace coal, saving 50 percent in CO2 emissions. Using the pipeline's 55 bcm to replace coal would save 160 million tons of CO2 per year, equal to the combined emissions of Sweden, Finland and the Baltic States or the emissions of 30 million cars. The pipeline will also enable environmentally friendly gas transport, saving up to 44.6 million tonnes of CO2 in comparison to LNG (equivalent to 600-700 tankers). Finally, the environmental impact from offshore construction is minor, locally limited and short-term only.

Nord Stream 2 provides another reliable route for transporting gas to Europe, nothing more, nothing less. Having an additional pipeline means more supply options, greater competition and enhanced energy security, all of which benefit European gas customers and the overall European economy as well as helping meet Europe's environmental goals. That's why our companies have invested in the project and believe so strongly in its successful completion. Poland and Ukraine, Nord Stream 2's principal opponents, are predominantly interested in transit and so don’t have any interest in additional secure transit routes. Fortunately, most Europeans understand that our continent needs as many reliable routes for natural gas as possible.

Klaus Schäfer is CEO at Uniper.

Mario Mehren is CEO at Wintershall.

Rainer Seele is CEO at OMV.

Appeared first in The National Interest, May 2, 2018 http://nationalinterest.org/feature/misplaced-fears-over-nord-stream-2-25661