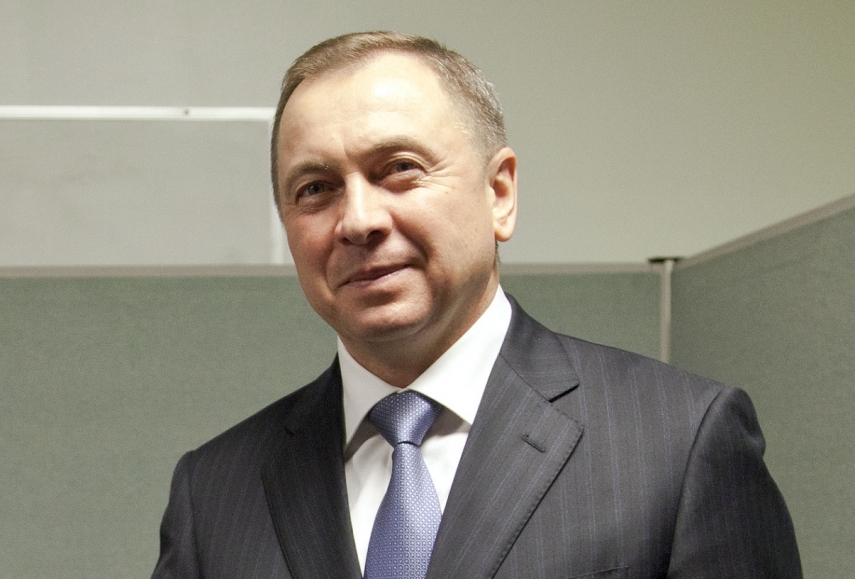 MINSK - Belarus, as the country presiding in the Eurasian Economic Union (EAEU) in 2020, prioritizes "integration of integrations" with the European Union based on the Eastern Partnership, Belarusian Foreign Minister Vladimir Makei said.

"As a member of the Eastern Partnership, which engages one more EAEU member state, Armenia, and EAEU observer state, Moldova, Belarus believes that the Eastern Partnership format could be used to search for solutions to the most pressing problems that exist on the junction of the two unions and forms of their cooperation. These tasks will be a priority of Belarus' presidency in the EAEU in 2020," Makei said in an interview with Osteuropa Informationen published on the Belarusian Foreign Ministry's website on Monday.

He said he was sure about the compatibility of the eastern and western "systems," noting that any choice between them would be artificial. "Our idea of 'integration of integrations' or 'cooperation between integrations' aims at making the rapprochement between the EU and the EAEU comprehensive and streamlined and receiving concrete material gains for both unions," Makei said.

"This kind of rapprochement will build confidence and scatter the myth of incompatibility and rivalry between the eastern and western 'systems'. This very myth is forcing countries to make a false choice between West and East to the detriment of their relations with particular partners. In reality, there should be no such choice at all, and the partnership between the two integration unions should clearly demonstrate that," he said.

Makei said that the sides should start using the potential of their cooperation by "creating a permanent format of dialogue between the EU and the EAEU." This dialogue will help identify primary points of interest of both sides, for instance, compatibility of technical regulations and industrial production standards, as well as sanitary and phyto-sanitary rules of agricultural production for the benefit of broader trade turnover, he said, adding that many EAEU technical regulations and rules are being created on the basis of European and international norms.

Both sides would benefit from boosting customs cooperation and liberalized rules of cargo transportation and control, including within the framework of China's One Belt, One Road project, Makei said. He also called for "thinking about coordinated rules of conduct in the digital area, which could expand e-trade and other paper-free transactions between member states of the two unions and would promote the implementation of digital solutions in the field of transport and passenger traffic."

"We can see big potential in the creation of common markets of electric power and transcontinental fiber-optic communication lines," Makei said.