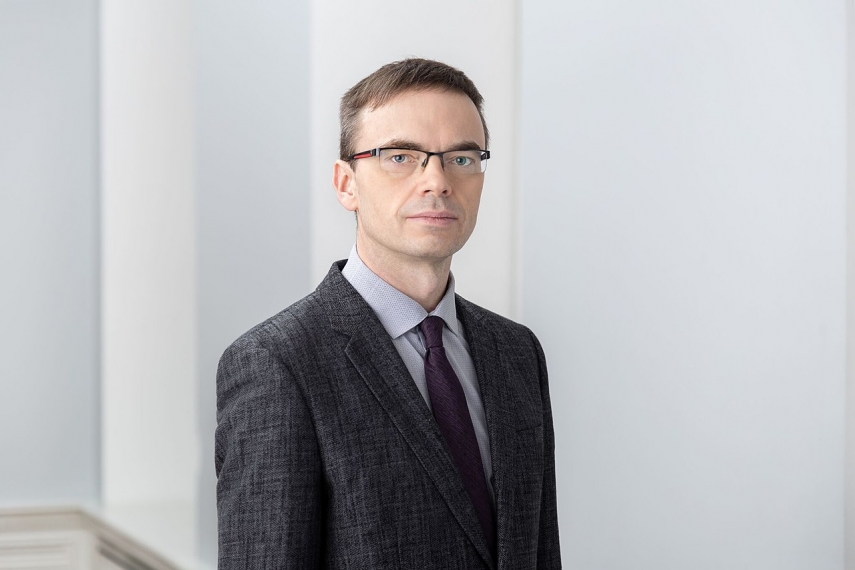 TALLINN – Estonia would support additional European Union sanctions on Russia due to the attack committed against Ukrainian vessels in the Sea of Azov, Estonian Foreign Minister Sven Mikser has said.

"The European Union supports Ukraine and we find that we should affirm our support with specific steps. One such step would be additional sanctions on Russia, a so-called Azov package in response to what took place in the Sea of Azov," Sven Mikser told Interfax news agency on Thursday.

Russian vessels at the end of November attacked Ukrainian vessels in the Sea of Azov and captured their 24 crew members, who are being kept in pretrial detention in Moscow.

Sven Mikser and the foreign ministers of Lithuania and Poland visited eastern Ukraine earlier this week, where they looked at the situation in the region that has suffered as a result of military activity by separatists supported by Russia. In the course of the visit, the ministers visited the city of Dnipro in eastern Ukraine with Ukrainian Foreign Minister Pavlo Klimkin.

"Estonia believes that response measures, sanctions, which have been imposed in connection with the situation in the eastern part of  Ukraine and the illegal annexation of Crimea must remain in effect as long as damage has not been compensated, as long as Russia has not started to observe international law," Sven Mikser told Interfax.

"The position of Estonia naturally is that if a situation emerges whose solving requires response measures, they must be implemented too. This was done, for instance, after the staging of illegitimate elections in eastern Ukraine. The sanctions have been reviewed and expanded. When necessary, they should be weighed more carefully and if necessary, [additional sanctions] imposed," Mikser told the Russian news agency.

On Tuesday evening, Mikser and his Lithuanian and Polish colleagues met with Ukrainian President Petro Poroshenko. At the meeting, the actions of Russia in the Sea of Azov were described as unlawful. The Estonian minister said that sanctions were talked about also at the meeting with Poroshenko.

The foreign ministers affirmed to Poroshenko continued support of Ukraine's sovereignty and territorial integrity. "The events in the Sea of Azov are a deliberate escalation of tensions by Russia. Russia is restricting freedom of navigation, which is inconsistent both with the UN Convention on the Law of the Sea as well as the agreement between Ukraine and Russia regarding the use of the Sea of Azov," Sven Mikser said.

Mikser told Interfax the purpose of the visit was to get a better overview of the security situation and the economic position of Ukraine, to confirm our unity with it, to support it and draw international attention to the rather difficult situation in which Ukraine and the [ports] of Mariupol and Berdiansk are after the events in the Kerch Strait in November last year.

In his opinion, what happened in the Kerch Strait "was a manifestation of escalation, an act of Russian aggression during which it attacked Ukrainian navy boats and detained their crews."

According to him, "in fact, the situation there has been difficult for a long time. Its aggravation began almost immediately after Russia completed the construction of a bridge across the Kerch Strait connecting the mainland with illegally annexed Crimea and proceeded to the inspection of ships."

"In fact, Russia has been suffocating Ukrainian ports in the Sea of Azov from the economic point of view. The situation is aggravated by the fact that in most cases the detention of vessels amid inspections lasts days rather than hours, which of course affects the ports," he said.

He expressed the opinion that "there is also a humanitarian component, relating both to the areas that are out of control of Ukraine and the areas of Mariupol and Berdiansk, where the situation may worsen to such an extent that it will pose a threat to security."

A trip by the ministers to the city of Mariupol was canceled as bad weather conditions did not allow for landing in Mariupol.

Russia, which has annexed the Crimean peninsula of Ukraine, is obstructing the work of the ports of Mariupol and Berdyansk by no longer allowing all cargo ships to pass the Kerch Strait across which it has built a bridge to Crimea. The situation escalated particularly at the end of November, when Russian vessels seized Ukrainian naval boats in international waters in said area and detained their crews.