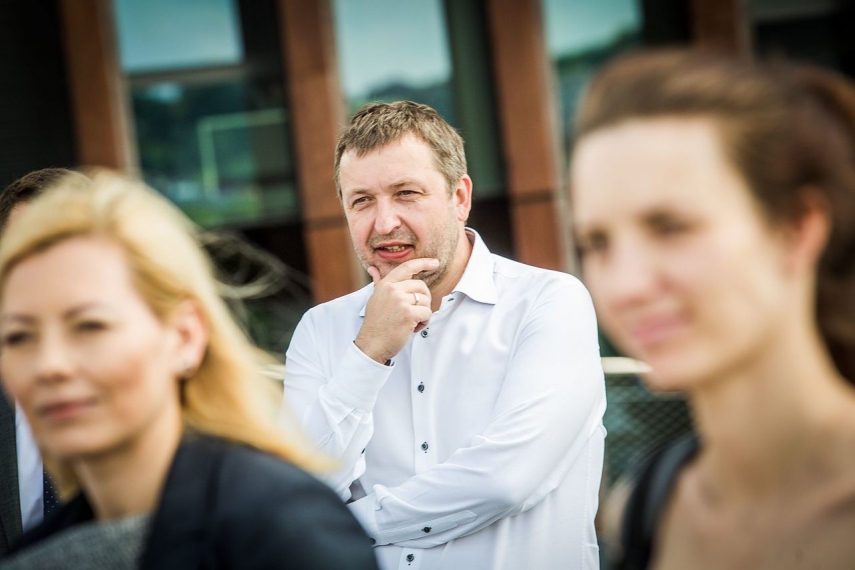 VILNIUS – Vilnius Regional Court on Friday had to postpone the scheduled testimony of MEP Antanas Guoga in the high-profile MG Baltic political corruption case after the lawyer of one of the defendants in the case, Eligijus Masiulis, fell ill.

"The lawyer called today in the morning and informed that he was ill," Masiulis told the court which decided to postponed Guoga's testimony to March 8.

Guoga became acting chairman of the Liberal Movement in May, 2016 when suspicions on alleged corruption were brought against Masiulis up until then led the party.

But Guoga left only five days later after statement about the liberals' alleged involvement in corruption schemes. Guoga has also voluntarily provided information to law enforcement as part of its investigation.

As the investigation proceeded, Guoga also said that Raimongas Kurlianskis, a former vice president of the MG Baltic business group pressured him against establishing a separate political group within the Liberal Movement and not to run for the party's chairman.

According to Guoga, Kurlianskis also asked him not to criticize Stasys Dailydka, the then CEO of Lietuvos Gelezinkeliai (Lithuanian Railways).

None of the defendants pleaded guilty and they call the investigation tendentious.