PHOTO: Nils Usakovs is the former Mayor of Riga and now a Latvian europarliamentarian of the Group of Progressive Alliance of Socialists and Democrats 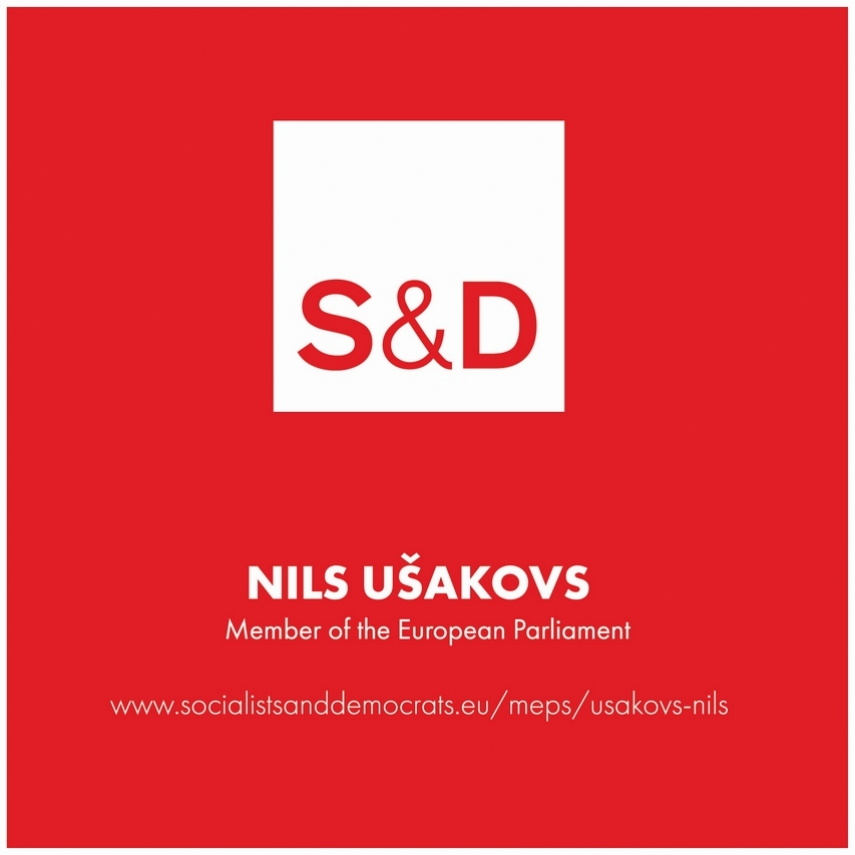 Nils Usakovs, the former Mayor of Riga and now a Latvian europarliamentarian of the Group of Progressive Alliance of Socialists and Democrats, has always been known for his straight talk and his interview for The Baltic Times Magazine was no exception.

How does the European Parliament look to you from inside? Do you feel like a little screw in a huge mechanism?

No, I do not feel that way. My work in the European Parliament definitely gives a much wider perspective, but being there I can do a lot both for my fellow Rigans, Latvians and all Europeans on the whole. In fact, my work in the European Parliament is very relevant to my Master‘s degree on European studies from the University of Southern Denmark years ago. Back then, the terms I learnt sounded quite sophisticated and complicated to me, but, now, I am using them daily in my life and they sound natural to me. My stint in Brussels is very exciting.

What is your stance on the ongoing „tug-of-war“ between Brussels and the EU member states on some very sensitive issues, like definition of family, uniform vaccination policies, migrant issues, for example?

Well, these things you just mentioned are not easy sometimes. Let‘s admit it. Just because we have (in the bloc) 27 extremely different member states with a very different level of development in different areas.

On the one hand, we are speaking about deeper and wider integration that all of us in the bloc need. And that makes sense when we speak about the competition, the labour market, production, social issues and other macro economy issues.

On the other hand, some of the issues you mentioned, like family values, for example, are being viewed and accepted differently by the EU member states – due to the cultural differences, the different past they are coming from and so on.

But my personal experience is that certain politicians tend to cherry-pick the issue for a single reason often – to distract attention from other, and sometimes perhaps more important issues.

The case of Hungary stands out first for me. To my understanding, what is does presumably in defence of traditional values has little to do with the reality. To me, it is all about the way European money is spent in a particular country. To me, it is about the understandable willingness of some EU member states, some major EU donors, like Germany and the Netherlands (the latter’s prime minister Mark Rutte has even called on expelling Hungary from the EU) and the others, to seek accountability for how their – and EU money – is being spent. For Hungary too.

Let’s just say: some Western EU member states believe – I’d say rightly – that their money is not spent in an honest way.

Although the Hungarian government tries to explain that it has fallen out of favour with Brussels just because it is against including anything about sexual minorities in the school curriculums, but that’s – again – just a distraction from deeper issues.

It is pretty saddening to see things like that going on in a European country – Hungary has been on the frontlines of dismantling the Warsaw pact and Communism. And now it is deepening the division between the EU’s west and east.

There are many other issues beside family values.

Let’s take the Mobility package, a major reform package regulating European road transport, and which – again – is a major cause of disagreement between the Western and Eastern European Union member states.

It embeds nice things for truck drivers, like proper decent remuneration, but if it were enacted the way it is written, it would help the Western EU member states to rid themselves of their Eastern competitors in the market. To me, it is sad when social issues are quoted where they have nothing to do with the economic reality. So the the word “integration” is often a two-sided story.

You are a member of Group of the Progressive Alliance of Socialists and Democrats in the European Parliament, yet some were surprised to hear last November that you made yourself a Full Member of EP Intergroup on LGBTI rights. What or who prompted you to do that?

So my decision to join the EP Intergroup was partly common sense – as politicians, we need to be well informed and well prepared to address the needs not only of the majority, but those of the minorities – at least some of them – too.

Are you concerned that the lingering coronavirus crisis can trigger not only adverse economic effects, like higher inflation and higher prices, which we see happening already, but also dangerous political fallout, like political movements of “anti-vaxxers” and COVID-19 negaters and so on?

Even with the delays and the mistakes, the European Union manages to show some great vaccination rates, especially in the Western part of the bloc. So the vaccination efforts of the European Commission are successful mostly, yet they do not help fight the mentioned “anti-vaxxers” who act irrationally.

To answer your question, yes, for the next couple or so years, we will see threats arising from vaccination-based extremists and populists and people of the kind.

Considering how fast the public health crisis evolved, the European Commission acted in a very timely manner by creating the European Fund for Recovery (known officially as the Next Generation EU (NGEU) fund to support member states hit by the COVID-19 pandemic).

But the efficiency of how the money is being used is sometimes rightly put in question. In Latvia, my home country, only 7 percent of the population believes that the European recovery money will be spent efficiently. This is what a recent survey shows.

And speaking of Riga, of which I was mayor for 10 years, I see a lot of projects being discussed with European money in mind. But some of them, like building a hundred million euro-worth metro-bus line from the centre of the city to an area of Riga with a population of only 6 thousand people, are just absurd. It is just an example of how the local politicians want to take advantage of the public health crisis. Not surprisingly, we see the poll results like those mentioned earlier.

In the European Parliament, you’re a member of the Delegation for relations with the United States. How do you see them evolving now after Donald Trump’s “America first” and now Joe Biden’s “America is back”?

I truly believe that Euro-Atlantic cooperation is essential for stability and peace not only in Europe, but all over the world. I personally do not believe that changes in the US administration lead to any big transformations in the short run. Just because the United States has its own issues – both economic, social, dealing with the heritage of the previous administration and arising from the coronavirus – to address.

So for now, probably, we will not see the level of cooperation we used to see between the European Union and the United States years ago, but the importance of active and wide Euro-Atlantic relations is crucial and will be such for years to come.

Were you in a sense disappointed by the current US administration’s decision not to hinder the NordStream2 project? What do you make of the decision?

I was among the Social Democratic MEPs of the European Parliament to support and vote on sanctions against Russia, but voted against sanctions on NordStream2. The same as, for example, my German colleagues. We indeed have problematic relations with Russia, yet I am convinced that base cooperation has to take place and continue.

Stopping the mentioned gas project when its completion is around 99 percent, would neither benefit EU-Russia relations, nor our Euro-Atlantic relations, nor would the decision have made any change in how Russia is dealing with the world. So the decision (by the United States) not to hinder the project at its very end was very rational.

Are you concerned about the spike of illegal migration on the EU’s external borders, on the Latvian-Belarusian and Lithuanian-Belarusian border? What do you believe needs to be done to stem it? And is this possible?

Any exterior EU border member state should be aware of what can happen at the borders. The calls for solidarity that the European Union has always been stressing sometimes were not heard by local politicians, in the Baltics too. And note, this was being done taking EU money for every occasion possible.

The European Union is already substantially involved in dealing with the migrant crisis on the Lithuanian-Belarusian and the Latvian-Belarusian border. But let’s not forget that we, the three Baltic nations, have also come forward in helping the EU – on issues of migrants too – if there are calls for that. Sadly, we turned our back on the calls to help Greece and other southern EU member states when they were dealing with that sort of crisis a couple of years ago.

IN THE PHOTO : Nils Usakovs is the former Mayor of Riga and now a Latvian europarliamentarian of the Group of Progressive Alliance of Socialists and Democrats