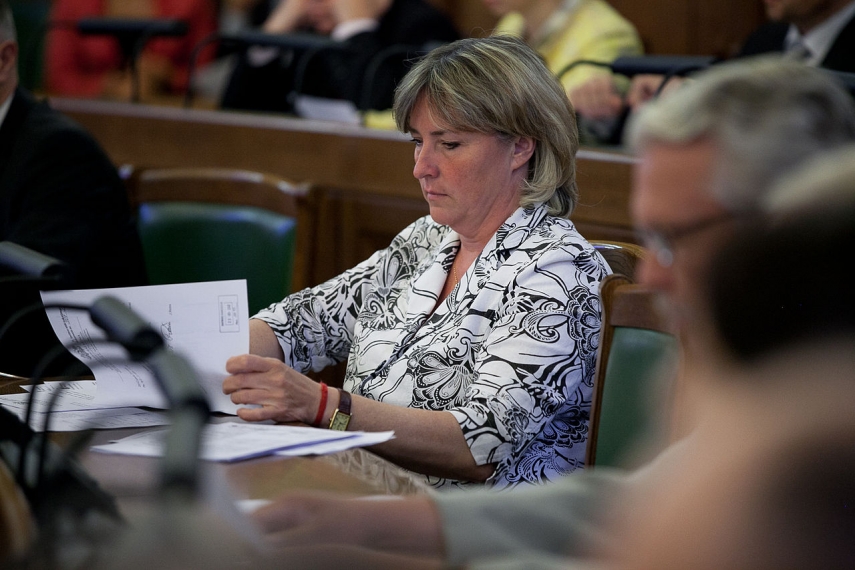 RIGA - European Parliament member Iveta Grigule (Greens/Farmers) has decided to terminate her membership in the Latvian Union of Farmers.

"I wrote an application on [my decision to] quit the ranks of the Latvian Union of Farmers," Grigule told BNS tonight.

The politician declined to immediately elaborate but promised to comment on her decision tomorrow. Grigule only noted that maybe her departure from the political party will improve the ratings of the Union of Farmers and the government.

Grigule said in an interview with Panorama, the evening news program of Latvian Television, that she was informed about the latest public opinion polls which show that the rating of the Union of Greens and Farmers have been falling lately. "I do not want to stand in anyone’s way. If I am the reason for the rating drop I hope that this step will allow them to regain their previous positions," Grigule said.

Asked if she indeed believed that she was to blame for the rating drop, the politician called to wait for new pol results in a few months’ time.

Union of Farmers leader Augusts Brigmanis told BNS that he received from Grigule a text message in which the politician informed that she had sent her application on leaving the party to its secretary general Arturs Graudins.

Asked about his opinion about the MEP’s decision, given the scandal that broke out in Latvia after Grigule voted against a European Parliament resolution denouncing Russian and IS propaganda, Brigmanis said he was "tired of all this stuff" and would not like to comment.

Brigmanis added, however, that the Union of Farmers board discussed Grigule’s future in the party today before her application arrived.

The Union of Farmers will have to decide on accepting Grigule’s departure from the party at the next board meeting, scheduled for February, Brigmanis said.

As reported, the board of the Latvian Farmers' Union, a member of the ruling Greens/Farmers bloc, earlier admonished Grigule for the failure to properly explain to the public her decision to vote against a European Parliament resolution calling to counter Russian propaganda.

Grigule was one of the three Latvian MEPs, who voted against the resolution. The other two were representatives of pro-Russia parties - Andrejs Mamikins from the Harmony party and Tatjana Zdanoka from the Russian Union of Latvia.