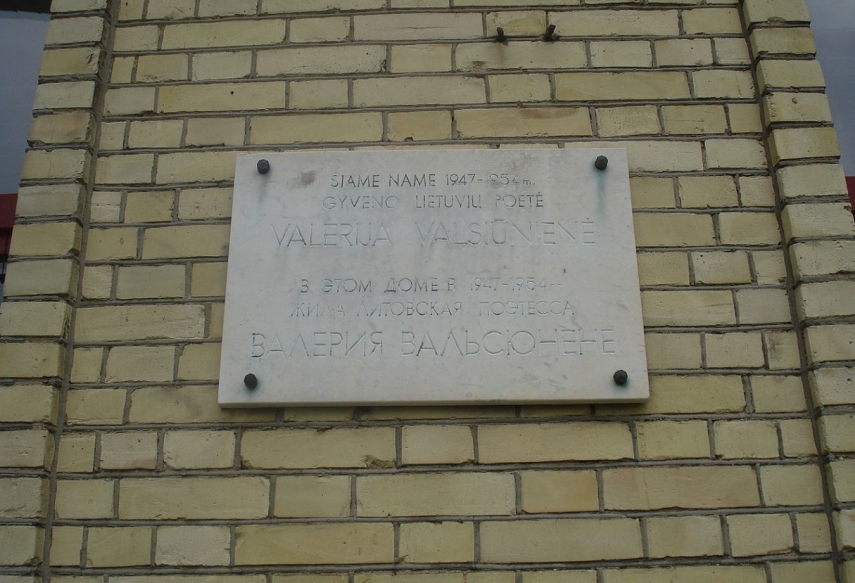 VILNIUS - A Soviet-era memorial plaque to Valerija Valsiuniene, a Lithuanian poet who worked for Soviet security services, was taken down in Vilnius on Tuesday morning.

Based on information from historical sources, Valsiuniene was recruited by the Soviet Ministry of State Security, or MGB, following her arrest and deportation to the Siberian region of Krasnoyarsk in 1941.

As a result of her collaboration, over 40 members of the Lithuanian National Council (LTT) were betrayed to the Soviet authorities, according to the sources.

One of the them was Jonas Noreika, the LTT founder. A memorial plaque to Noreika, a high-ranking Lithuanian military officer accused of collaborating with the Nazis, was taken down a week ago on the mayor's orders.

"Whether the Nazis or the Soviets, doing harm to people by collaborating with these regimes cannot be justified under any difficult circumstances," he said in a press release on Monday.

The decision to remove the plaque honoring Valsiuniene from a building in the capital's Zverynas neighborhood was adopted by a special commission made up of historians, politicians, urban development specialists, painters and architects.