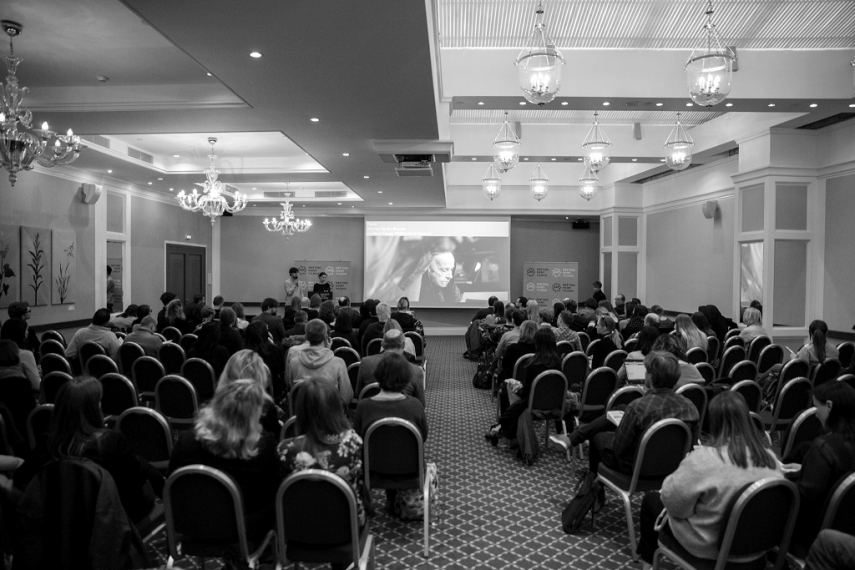 17 debut film projects will be presented at the Coming Soon sessions during the 10 th edition of Meeting Point – Vilnius (MPV). The international audiovisual event will take place April 2–4, during VIFF Kino Pavasaris.

11 fiction and 6 documentary in development features by debuting filmmakers will be presented to a jury comprising of film producers, agents, distributors and festival representatives during special Coming Soon pitching sessions on April 3.

“We are absolutely delighted to have received many applications from all around Europe. This year, we have chosen 17 feature films that cover various stories, narratives and genres. Moreover, I am very pleased that 7 of the selected features are directed by women and 13 are produced by them,” says MPV coordinator Alessandra Pastore.

From comedies to dark psychological thrillers

The Coming Soon pitching sessions will include Jonid Jorrgji’s comedic road movie imbued with Albanian culture The Lions Heading Venice. The film analyses the concept of faithfulness and the creativity that emerges in liminal situations. Debuting director Antontio Lukich will present a mixture of comedy and drama in his first feature My Thoughts Are Silent. Co-produced with Alla Belaya and Dmytro Sukhanov, the story depicts a man who feels trapped and is eager to escape Ukraine. Most of the film’s comic relief comes from the contrast between its main characters, the introverted son and his extroverted mother.

Another entry comes from Poland, directed by Daria Woszek and produced by Marcin Lech. Marygoround uses dark humour to dissect societal norms, traps and a woman reborn. Vlada Senkova’s first feature Thrillseekers combines comedy and drama to portray three reckless young people willing to risk it all to make money. The sessions will also include The Last Bus, directed by Nandor Lorincz and Ballint Nagy, which was already awarded at the Transilvania Pitch Stop. The film is based on real-life events that prompt a discussion about sexual assault and its impact on the family unit.

Also selected is Marta Ribero’s sensual Portuguese coming of age story Undergrown, produced by Joana Peralta. Dorian Boguta will present his first feature, a psychological thriller Legacy produced by Oana Giurgiu and Hai Hui Entertainment. According to the director, the feature portrays many of his own experiences. Kasia Hertz will pitch Batrachomyomachia, the story of a fictional town of Tluszcza, located somewhere in the outskirts of Eastern Europe, between the past and the future. Throughout the film, the director asks deep-rooted questions about an invasion of The Other.

Karolis Kaupinis is going to pitch his first feature film Nova Lituania. Produced by Marija Ruzgutė, the film depicts an interwar Baltic geographer and a prime minister planning to save their homeland as World War II approaches. In the end, the most pressing question is whether they should save themselves or others? Another Lithuanian director Marat Sargsyan will present The Flood Won’t Come, a magical realism tale that erases any constraints and analyses the games that people and the authorities play with each other. Austėja Urbaitė’s debut feature The Family, co-produced with France, examines what constitutes a family and love, digging deeper into womanhood and maternal feelings.

This year, 6 feature documentaries will be presented during Coming Soon sessions. Lucia Kašova’s The Sailor offers a haunting observation of loneliness and strong will. Director and producer Dragosh Turea will pitch his debut documentary The Soviet Garden that took almost ten years to film. The director investigates a secret scientific experiment that might have taken place in Moldova. Liene Linde and Armands Začs from Latvia will come to pitch their documentary 36 Months, which captures the entire period of pregnancy and the transformations that take place within women’s lives and bodies.

Andrej Andrejevic Jr. Tarkovskij, the son of Andrej Tarkovskij is going to present an in-development documentary about his father Tarkovskij – Printed Time. The feature examines the great film director ’s entire life, starting with his early childhood. Another entry comes from well-known Lithuanian director Vytautas Puidokas. Co-produced with Brazil, El Padre Medico reveals the story of Alexander Ferdinand Bendoraitis, who has spent his life living in a Brazilian jungle pretending to be a European missionary, philanthropist and doctor. In his feature documentary Soviet Man, Ivo Briedis tries to deconstruct and understand the concept of the Soviet man with the help of stories told by the last Soviet and first post-Soviet generations. The film is co-produced with Latvia, Lithuania and Czech Republic.

As one of the most important parts of MPV, Coming Soon sessions provide young and debuting filmmakers with a platform to present projects that are still in development. Some of the projects will receive best pitch prizes, including Marché du Film industry workshop and producers network accreditations, a post-production award established by the Vilnius Film Cluster as well as a special Baltic View prize.