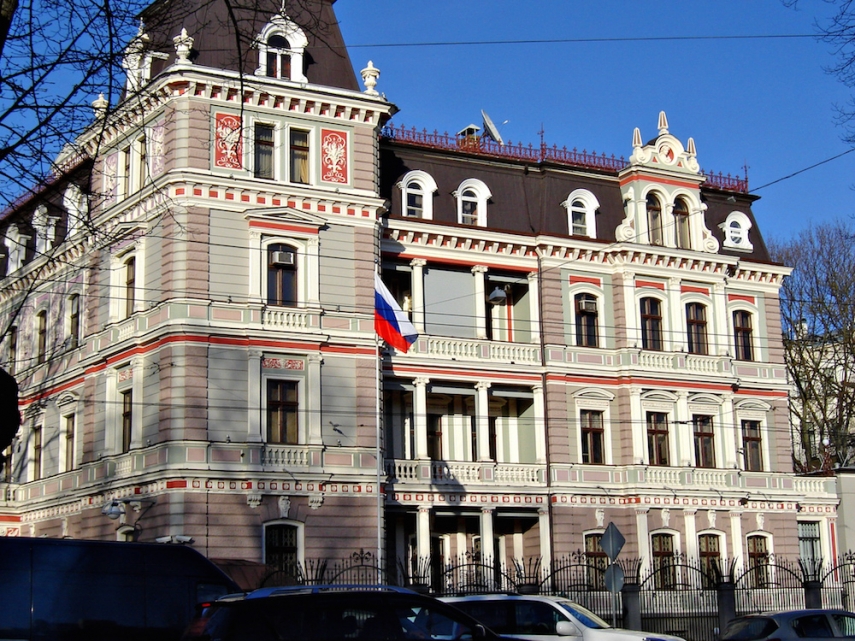 The Russian Embassy in Riga has slammed the 16th March Latvian Legionnaires parade as an “attempt to glorify” Nazism.

The Russian Embassy’s press service stated that according to the rulings of the Nuremberg Trials, all Waffen SS units, including the "SS legion of Latvian volunteers" (15th and 19th Divisions) are criminal organisations.

"As for "forced drafting" to the SS divisions, people who have been forced to join criminal organisations do not take pride in their participation in such organisations 70 years on,” the embassy’s spokespersons claimed. “But if a person is proud and is not embarrassed to speak about it, it means that this has been his own informed choice to join.”

The embassy believes that public democratic processions in a European capital, which are joined by young people and today's politicians are an attempt to glorify those who pledged allegiance to Adolf Hitler.

Several demonstrations will be held in Riga on March 16; the majority of which will honour the Legionnaires.

However, one of the events, which is organised by the Anti-Nazi Committee of Latvia, will protest against the commemoration of the Latvian Waffen SS Legion.

In Latvia the Legionnaires are commemorated for their fight against the Soviet occupation and for Latvia’s. However, the Nazi connection is a source of controversy.

The Latvian Legion was established in February 1943. However, March 16 was picked as the commemoration date because on this date in 1944, the 15th and 19th divisions of the legion were locked in a battle with the Red Army at the Velikaya River in Russia’s Opochka region.

A total of 140,000 persons were called up to form the Latvian Legion. About 50,000 of them died in combat war or in deportations following the re-establishment of Soviet rule in Latvia.

In 1950, Washington published a declaration about Baltic SS legions being different from other SS Units. They were not deemed harmful to the United States government.