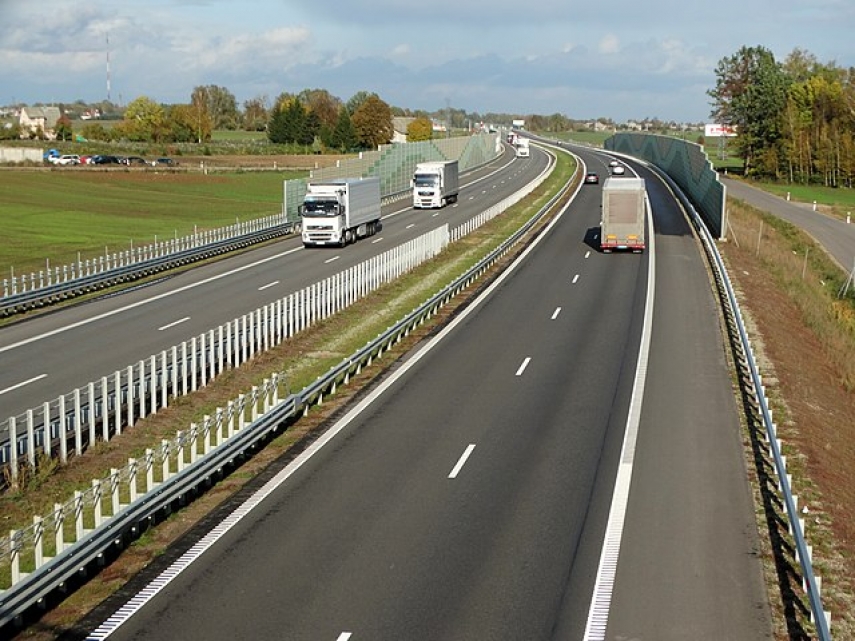 VILNIUS – The most intensive work on upgrading the Via Baltica highway's 40-kilometer stretch from Lithuania's southern town of Marijampole to the border with Poland is scheduled to begin in 2023, Transport Minister Marius Skuodis said on Friday.

"Our Polish neighbors are likely to finish [their work] in 2023, and then we will have the biggest work going on," he said during a presentation in Marijampole. "In 2024, we are going to have a nice section from Kaunas to the Polish border that will meet safety requirements and a speed of 130 kilometers [per hour]."

The project is estimated to cost about 300 million euros, with the funding coming from the Road Maintenance and Development program and EU funds, according to the minister.

The project is currently in the designing phase which is expected to be completed early next year, with contract work planned to begin in the second half of next year, Skuodis said.

Around 21,000 vehicles – more than half of them trucks – use the road daily. Since the road is narrow, a lot of accidents occur due to reckless overtaking, he noted.

Via Baltica is a key route for trucks transporting goods from Western Europe via Poland to Lithuania and the other two Baltic countries.

The total length of Via Baltica in Lithuania is 274 kilometers. The project has the status of national importance.