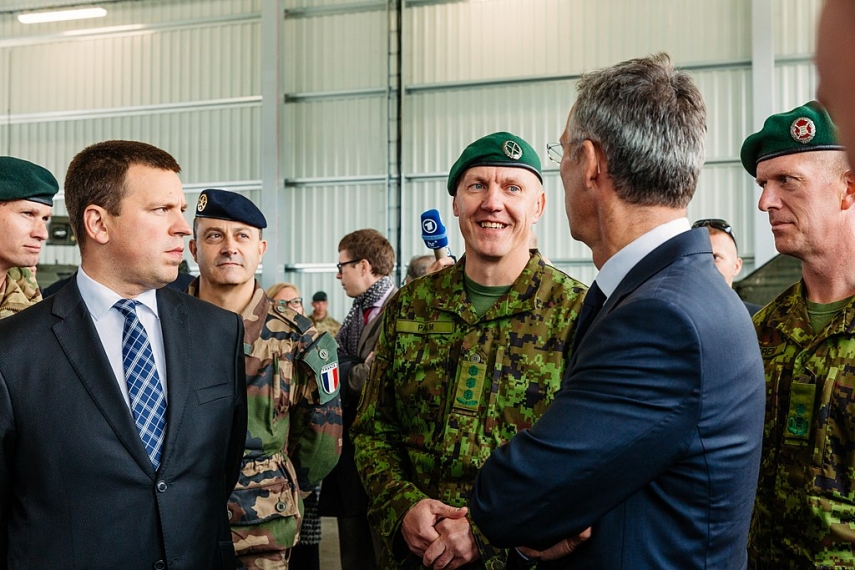 TALLINN - Gen. Riho Terras on Tuesday handed over the position of commander of the Estonian defense forces to Maj. Gen. Martin Herem.

Prime Minister Juri Ratas, taking part in the ceremony, thanked the outgoing defense chief for his contribution to strengthening the defense forces and the security of Estonia as a whole.

"Looking at our own security and the security of the whole world, these were groundbreaking seven years. At the same time, the security of Estonia has been strengthened, and the role of Gen. Terras has been one of the most fundamental in this," the head of government said.

Ratas said that Terras worked consistently and unyieldingly towards increasing the actual fighting capability of the defense forces and the Kaitseliit (Defense League) volunteer corps. He said that as an outspoken and courageous defense diplomat, Terras helped our allies understand Estonia's security needs and increase their presence here. He also put improving the service conditions of both the conscripts and active-service personnel in the first place and stood for the veterans.

Terras was appointed to office by the government in October 2011. The government in December 2015 decided to extend the term of office of the commander of the defense forces by two years until Dec. 4, 2018.

The length of the term of office of the commander of the defense forces is five years, but the government is entitled to extend it by two years.