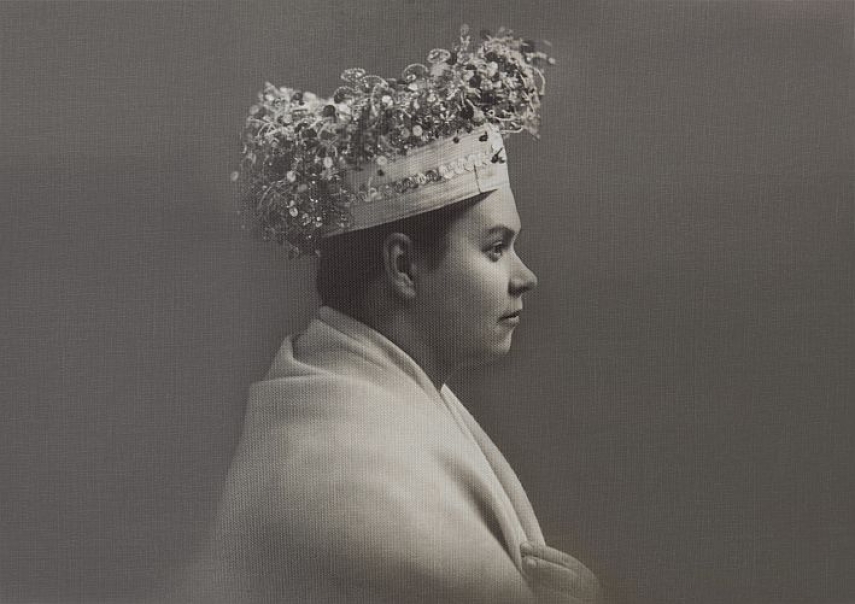 Within the programme of Latvia’s Centenary, an interdisciplinary exhibition Mērija’s Journey. The Grosvalds Family Story will be presented in the 4th Floor Exhibition Halls and Cupola Hall of the main building of the Latvian National Museum of Art in Riga (Jaņa Rozentāla laukums 1) from 7 September to 24 November 2019.

Through the story of the illustrious Rigan family, the exhibition introduces the audience to both the fate of the Grosvalds family members and the history and culture of the state of Latvia spanning a hundred years. The centrepiece of the exhibition is museum employee Mērija Grīnberga Junior (1909–1975), who managed to safeguard a large part of Latvian museums’ treasures and bring them back to Riga from Germany, where they had been taken shortly before the end of the Second World War.

The Grosvalds family story starts at the beginning of the 20th century in the Edinburgh seaside where Mērija Grīnberga’s parents meet; their journey takes them through St. Petersburg, the First World War and refugee drama towards the proclamation of the Latvian state. The family’s life and work in the sovereign Republic of Latvia was interrupted by the Second World War and the occupation of Latvia, which also caused the forcible splitting and in essence annihilation of the Grosvalds family.

Using a wide range of materials and means of expression, the exhibition’s authors show the journey of Mērija Grīnberga and her family over the course of a century. Several personal items – letters, diaries and family albums with faded photos, as well as the artistic heritage of one of the Grosvalds family members – brilliant artist Jāzeps Grosvalds (1891–1920), plus a range of museum items safeguarded by Mērija Grīnberga and a contemporary audio-visual interpretation of the Grosvalds family story highlights the many turns in the family’s history.

The rich and multifaceted exhibition has been created in co-operation with the Latvian National Museum of Art (LNMA), Museum of the History of Riga and Navigation, the National History Museum of Latvia, the Piebalga Museum Society Orisāre, as well as the National Archives of Latvia, the Archives of Latvian Folklore of the Institute of Literature, Folklore and Art of the University of Latvia. Besides, it features artworks from the Zuzāns Collection and Varis Bokalders’ private collection, materials and photographs from several private archives, and the Grosvalds family items submitted by heirs. There will also be surprises, such as twenty-one works from The Riflemen and Orient cycles by Jāzeps Grosvalds that are in the collection of Värmlands Museum in Karlstad, Sweden, and have never been exhibited in Latvia. Moreover, there will be several never - exhibited artworks and items from the collections of Latvia’s museums and archives. The audience will have the chance to see a recent acquisition of the Latvian National Museum of Art – a previously unseen portrait of Mērija Grīnberga Jr. painted by Edgars Bauze (1913–2006) in 1943, which was just donated to the museum by Valentīna Unda.

The exhibition Mērija’s Journey. The Grosvalds Family Story is in a way a sequel to and expansion on the Latvia Centenary film Mērija’s Journey (Mērijas ceļojums, 2018), since the film’s director Kristīne Želve and artist Ieva Stūre form the core of the exhibition’s creative team, along with art historian, LNMA exhibition curator Ieva Kalnača and project manager, LNMA curator of education Katrīna Vastlāve.

The exhibition is supplemented by a wide educational programme, and apart from traditional tours with the curators, there will also be a cycle of talks and readings – Grosvaldiana. On 13 September, Prof. Eduards Kļaviņš, Dr. hab. art., author of the monograph on Jāzeps Grosvalds, will present the lecture Čāpiņa’s Godfather Joe. Life and Art of Jāzeps Grosvalds. On 27 September, Dr. philol. Eva Eglāja-Kristsone, expert in literature, leading researcher of the Institute of Literature, Folklore and Art of the University of Latvia, in her lecture Margarēta Grosvalde and Her Diary. From Foreign Affairs to the Affairs of Heart will present the recent acquisition of the Archives of Latvian Folklore – the diary of Margarēta Grosvalde (1895–1984) written a hundred years ago. There will also be lectures by art historian Dr. art. Ginta Gerharde-Upeniece (on the Grosvalds brothers in art and diplomacy), art historian Dr. art. Jānis Kalnačs (on Mērija Grīnberga’s journey with the museum property and their return). Art historian Ieva Kalnača will talk about her own and also Jāzeps Grosvalds’ journey to the East, while film director Kristīne Želve and actor Daiga Kažociņa will present the autobiographical heritage of Mērija Grīnberga Senior.

On 21 September, Kristīne Želve, one of the curators, will lead an excursion The Grosvalds’ Riga – a walk through places important to Mērija and the Grosvalds family – from the Castle of Riga to the Museum of Art.