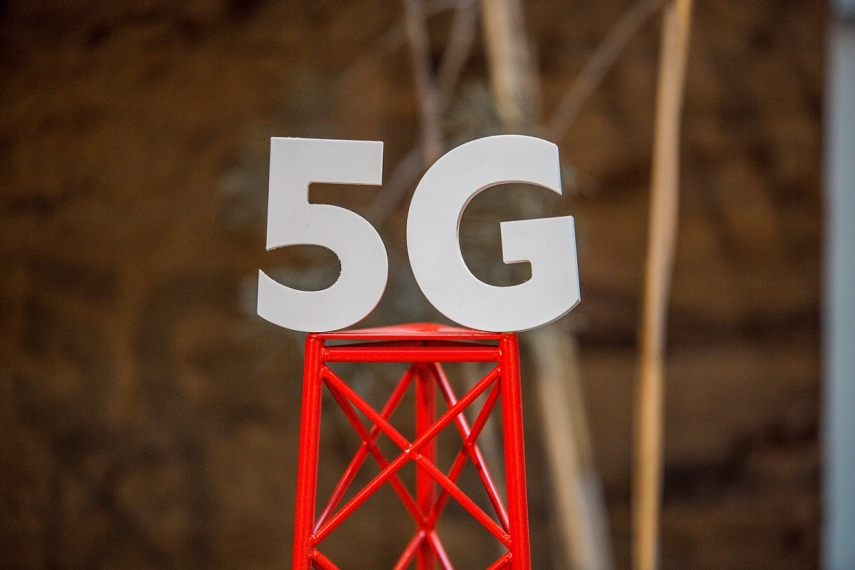 On July 19th, mobile operator LMT turned on the 5G network in partnership with Nokia, thereby becoming the first in the Baltics to launch 5G internet on a licensed frequency.

The launch was performed together with the President of Latvia, Mr. Egils Levits, and LMT president and CEO, Juris Binde. Internationally renowned router company, MikroTik, also presented their 5G router prototype that's in development in cooperation with LMT.

The first base station was activated in the seaside city of Liepaja, and a configured Qualcomm 5G-enabled router demonstrated the reception of the LMT 5G network.

LMT is the first mobile operator in the Baltics to demonstrate a working 5G network on licensed 3.5 GHz frequencies.

“With the 2G and 3G network, Latvia's inhabitants proved themselves to be the most active talkers in Europe, and with 4G we became the first in the world based on mobile internet consumption. This is fertile ground for Latvia to become leaders in 5G as well, which will be the foundation for the digital transformation in all industries.” – LMT president, Juris Binde.

LMT began work on the development of 5G in 2017 when Latvia was among the first countries in Europe to auction the 5G frequencies. LMT agreed on cooperation on 5G tests together with Nokia and the Riga Technical University. At this time, LMT began work with wireless device and router brand MikroTik on developing 5G-enabled devices, by creating the first wireless data delivery radio network connection with a speed of 10 Gigabits per second (Gbps). This is 10x the amount than was previously possible in the radio network. Meanwhile, in September of 2018 at the 5G Techritory forum, LMT was one of the first in the world to demonstrate the 5G network that reached a data delivery speed of 1.4 Gbps and a latency of only 4 ms.

LMT has invested heavily into 5G readiness. Currently, there are more than 180 5G-ready base stations built, which will be able to cover 10% of the country's territory. Additionally, LMT has developed business products that are ready to be moved onto the 5G network to benefit from its speed and connectivity. Those include Glomo award-nominated home TV delivered over the mobile network, smart smoke alarms, mobile network-enabled UTM platforms, and more.

Flat-rate data packages have been systematically encouraging LMT users to embrace data-heavy applications, which will lead to easier adoption of 5G technologies. LMT users were named one of the heaviest mobile data users on the Nokia network, and believe that this strong backbone will also help pave the way for early 5G adoption in Latvia.