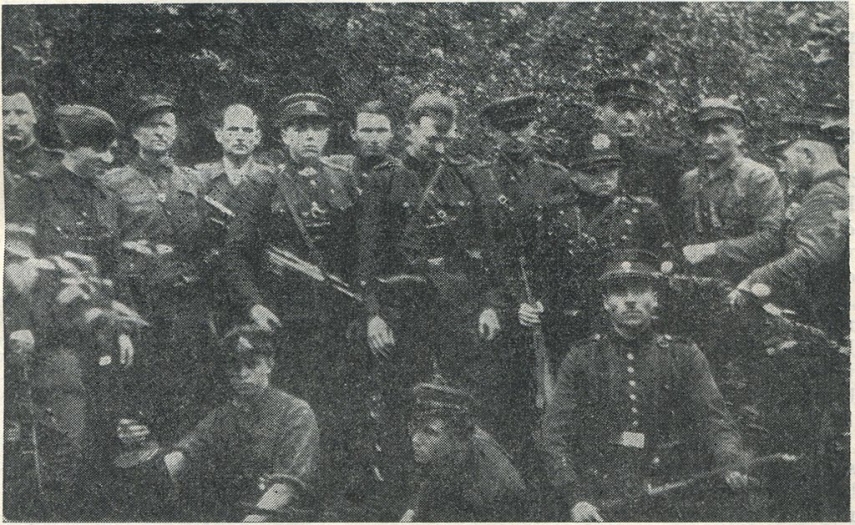 VILNIUS - The Lithuanian Radio and Television Commission (LRTK) will ask Youtube to remove the video clip of a Rossiya 24 TV news report smearing Lithuanian partisans as "killers of peaceful people".

LRKT Chairman Mantas Martisius told BNS that the radio and TV watchdog took the decision on Wednesday after discussing a complaint from conservative MPs Laurynas Kasciunas and Audronius Azubalis.

Martisius said the commission did not launch a probe into the news report, which was not rebroadcast in Lithuania but was posted on Youtube.

"Youtube is outside our regulatory remit. However, the commission, as a legal entity, will probably ask Youtube to ask for that material to be removed," the chairman said.

"We don't know whether they'll agree to do so," he added.

In its report on the January 13 ceremony of awarding Lithuania's Freedom Prize to a group of partisans who fought against the Soviet occupation, the Russian TV channel said the men "fought on Hitler's side" and "killed thousands of peaceful people".

Martisius said the commission also decided to launch a probe over another report aired by Rossiya 24 on the same day.

"This information is related to (the events of) January 13 (1991) and partisans. There is one episode that can be considered as violating the laws and posing a threat," he said.

This is a second investigation regarding Rossiya 24. Martisius has said earlier that the watchdog is looking into another suspected instance of spreading content inciting war and hatred by the Russian TV channel.

LRTK also decided to launch a probe over the Russian-language PBK Lietuva channel, based on a complaint that its news program Vremya (Time) broadcast content that was insulting to participants of the bloody events in Vilnius on January 13, 1991.

The commission will invite PBK representatives to explain the situation.

"Our decisions will depend on their explanations," Martisius said.