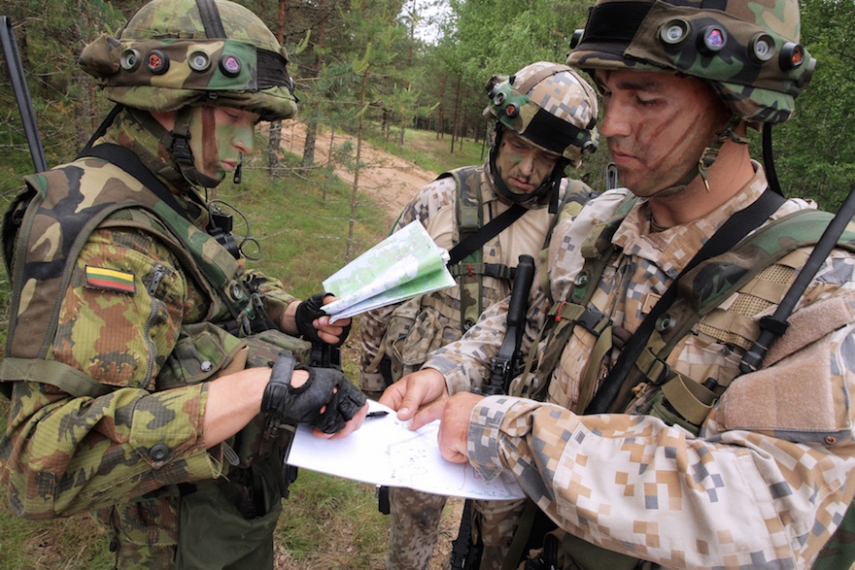 Around 30 Lithuanian troops are taking part in the international military exercise Rapid Trident 2015, which started in Western Ukraine on Monday July 20.

"Around 30 troops, mainly from the Grand Duchess Birute Uhlan Battalion, have left," said Viktorija Cieminyte, spokeswoman for the Lithuanian Ministry of National Defense.

In addition to Lithuania, around 2,000 troops from 17 countries, including the United States, the United Kingdom, Poland, Romania and Bulgaria, are taking part in the training exercises held at the Yavoriv Training Area in Lvov.

The event will take place until July 31. It includes combat shooting exercises and will also involve armoured vehicles and military helicopters.

The Rapid Trident training event is organised on an annual basis in Ukraine by the United States armed forces. In 2014, 1,200 troops, including soldiers from the Lithuanian army took part.

Lithuanian troops are also scheduled to take part in the Maple Arch training event in Ukraine in November, which is traditionally organised by the Canadian military.