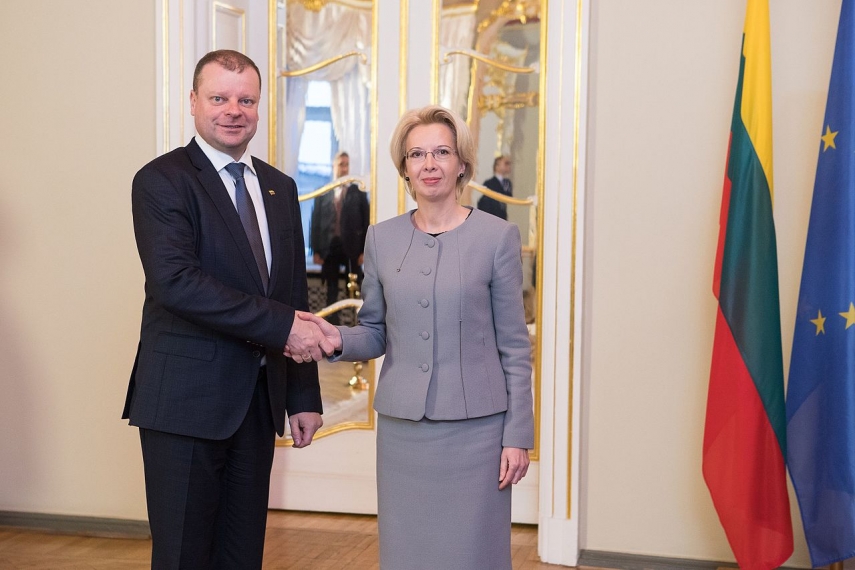 VILNIUS - Prime Minister Saulius Skvernelis admits that the government has to step up efforts to combat migration in Lithuania, but he underlines that there are no easy and fast solutions to this problem.

"Jokingly, I could say if we passed a law banning people from leaving Lithuania, that might be a fast solution. But if we want to stop at least those who are leaving because they are unhappy and they are unhappy because they cannot live in dignity socially, then these steps will not be something we could feel or see within the government's first 100 or 150 days in office," he told reporters on Thursday.

Official statistics show that over 50,000 people emigrated from Lithuania last year and nearly 14,000 left the country during the first two months of this year. Almost half of the migrants last year went to the United Kingdom.

The prime minister agrees with experts who say that this year's rise in migration could be due to some people rushing to report their departure to the authorities in order to be exempted from the obligation to pay the compulsory health insurance tax. Brexit is seen as another possible reason.

The Lithuanian population shrank from 3.7 million in 1990 to 2.8 million this year due to aging and emigration.

Polls suggest that most emigrants leave Lithuania for Western Europe in search of higher pay. According to official statistics, the average net monthly salary in Lithuania, at around 640 euros, is the third-lowest in the EU after those in Bulgaria and Romania.