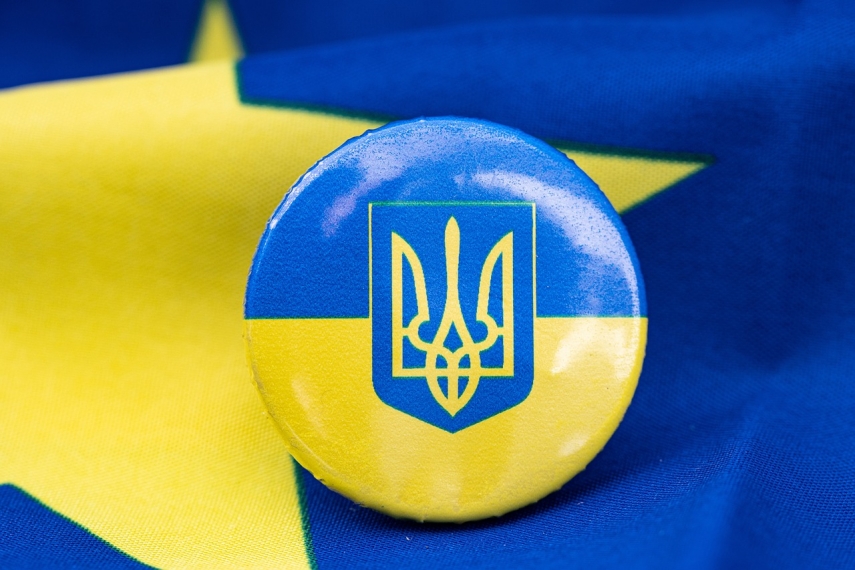 RIGA - An extension of the Rail Baltica railway line to Ukraine would be a major boost to the war-ravaged country's rebuilding effort and would promote its full integration in Europe, Lithuanian President Gitanas Nauseda told journalists following a meeting with Latvian President Egils Levits and Estonian President Alar Karis on Monday.

Nauseda indicated that the strategic importance of Rail Baltica has significantly increased as the railway line can be used also to ensure military mobility. The Lithuanian president stressed that preparations should be sped up so that construction works could be launched in 2024.  Also, everything possible must be done to secure EU funding for the project.

The Lithuanian president said at the news conference that the talks of the three Baltic presidents in Riga on Monday dealt with enhancing the Baltic states' security and defense amid Russia's ongoing war in Ukraine. The discussions also touched on preparations for the next NATO summit, which Vilnius is due to host in 2023.

The Baltic presidents also discussed the upcoming admission of Finland and Sweden to NATO and the necessity for the alliance's members to allocate at least 2 percent of GDP to defense. Nauseda noted that Lithuania has increased its defense budget to 2.5 percent of GDP and is ready to keep increasing defense spending further.

Latvian President Levits indicated that this year the Baltic states have been faced with entirely new challenges. He noted that NATO has increased its presence on its eastern flank, particularly in the Baltic states.

"We discussed how NATO will be operating here, how it will be boosting its presence in Estonia, Latvia and Lithuania. We talked about what we ourselves have to do to improve the security situation. Let me remind you that after NATO's Madrid Summit we have committed to building a new training ground. It is a major task for us to complete, so we could host a brigade-size NATO battlegroup," the Latvian president said.

Levits also stressed the importance of Rail Baltica, saying that originally it was planned as an economic project essential for the Baltic states' development, but that now it has become also a military strategic project.

"We will do everything to complete the Rail Baltica project as soon as possible. The same applies to the desynchronization of the electricity network, planned for 2025. We will try to complete it sooner to ensure energy independence from Russia," Levits said.

The Estonian president said at the news conference that cooperation among the Baltic states helps cope with difficulties and deal with threats, as well as ensure a more prosperous and secure future for the Baltic nations. Karis urged to realize that we are facing major threats.

The Estonian president stressed the necessity to restore peace in Europe, which can only be achieved by helping Ukraine win the war with Russia. It is necessary to stop Russia's attacks on Ukraine's residents, Karis said, making a reference to Ukrainian President Volodymyr Zelensky's appeal for a just peace.

"We have a very similar understanding of the threats our region is facing," Karis said according to spokespeople. "We agree that the key to restoring peace in Europe is to help Ukraine win the war. Our hearts and minds are with Ukraine and we will continue to do everything in our powers to help Ukraine survive the winter and will support them so that they would be successful on the battlefield."

"Russia's campaign of terror against Ukrainian civilians must end. Our goal must be a just peace," the Estonian head of state said. "We will do our utmost to ensure that the voices of the Baltic states are heard loud and clear in discussions on ensuring European security."

The president cited the common position of the Baltic countries in the NATO Madrid summit declaration, which says that "Russia must immediately stop this war and withdraw from Ukraine."

As reported, the annual meeting of Baltic presidents took place in Riga on Monday.