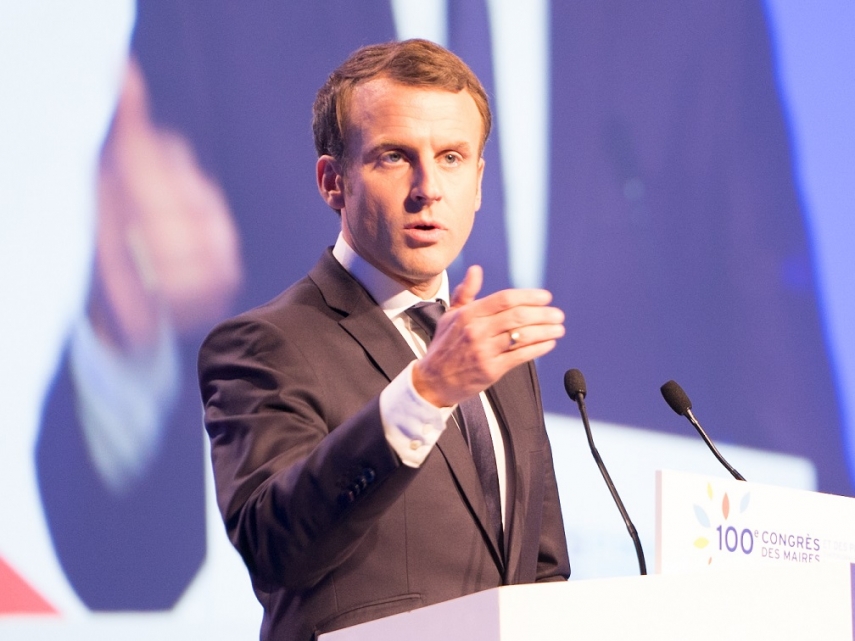 "I'd say this is perhaps France's envoy for relations with Russia, rather than of the EU as a whole, because the appointment of an EU envoy requires approval from all EU leaders," Asta Skaisgiryte told the Ziniu Radijas radio station on Tuesday morning.

Bloomberg reported last Friday that the job of special envoy would be given to Pierre Vimont, France's former ambassador to the US.

Macron believes that it is necessary to cooperate with Russia in cyber security and defense, according to the news agency.

The French leader has already sent Henri Verdier, the French ambassador for digital affairs, to Moscow to discuss prospects for cooperation.

Macron said earlier this month that he would like to improve relations with Russia.

According to Skaisgiryte, it only makes sense to talk with Russia if the goal is to "get Russia back onto the path of international law" and make it "withdraw its troops from the occupied, annexed territories".

If the only goal of such talks is "to sell more goods to the Russians", leaving it up to them to lay down international rules, "then this is a path that is bound to fail", she said.