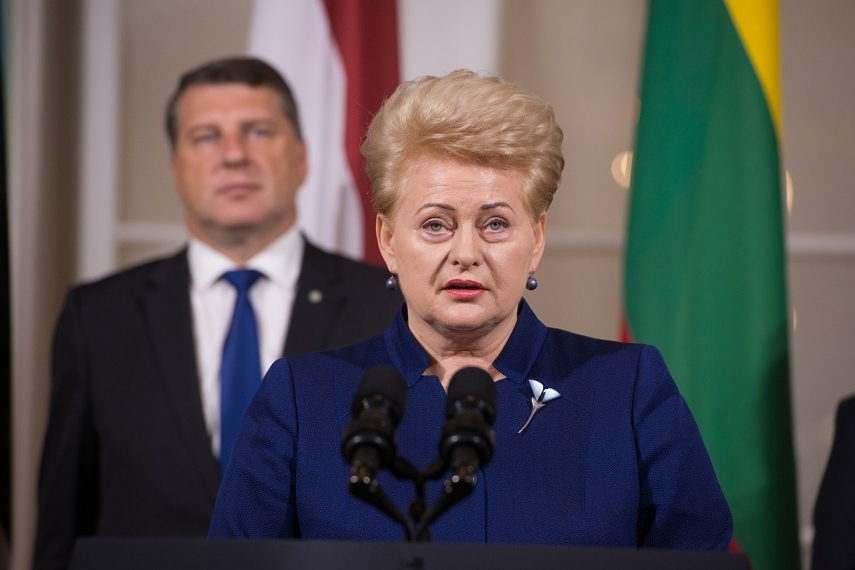 VILNIUS – Lithuanian President Dalia Grybauskaite will propose to the country's parliament in the spring to decide on giving the media wider access to state data and provide the possibility to access historic data of the Center of Registers to use for public information goals.

Grybauskaite plans to propose amendments to the Laws on Companies and the Real Property Register, giving the media free of charge access to the state's archival data about natural persons' real estate and also legal entity stakeholders, the presidential office said on Friday.

"The freedom of information is one of the fundamental conditions in a democratic state, and an inseparable part of it is the public's right to receive information. Therefore, its artificial restrictions aimed at protecting allegedly non-transparent interests are unfounded, disproportionate and do not match the society's expectations," the statement reads.

The data of all state registries is accessible to state and municipal institutions and establishments since the start of this year. Grybauskaite says the next step is opening them up to the public.

According to the president, many countries are already taking the path of opening up their state data as open access to such information has a positive effect on the economy, innovations and business developments, the state's progress and citizens' everyday life. Beside, publicity is one of the key factors in fighting corruption.

In September the Center of Registers ended its long-time practice of providing registry data free of charge based on journalists' inquiries. Part of journalists said it amounted to unfounded media freedom restrictions on receiving information from the state.

The Center of Register's new director Saulius Urbanavicius says the practice had no legal basis for providing information.