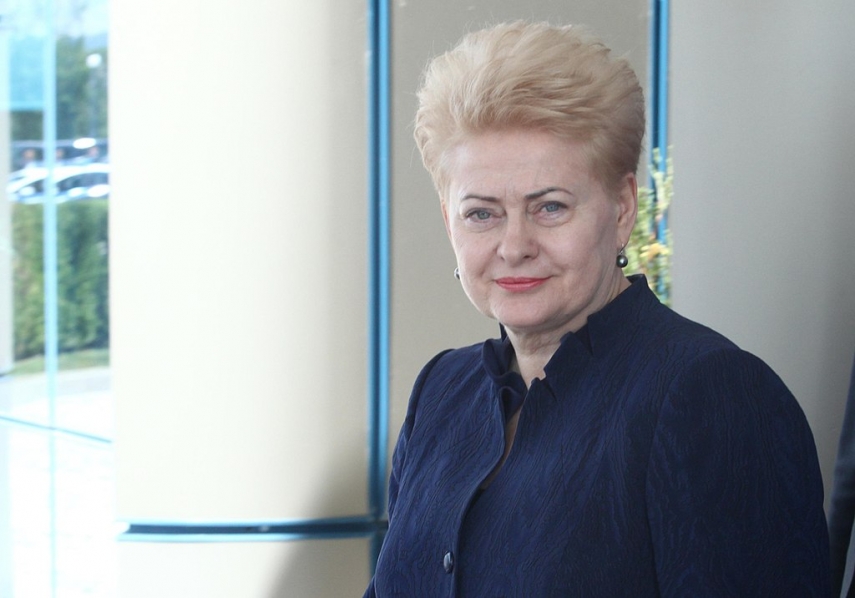 VILNIUS - Lithuanian President Dalia Grybauskaite conferred the ranks of generals to three military officers on the occasion of the 100th anniversary of the country's Armed Forces.

"As I am conferring the highest ranks (on the officers), rewarding them for their exceptional contribution to our state, I wish them to keep an unbreakable faith in their mission to defend the homeland and its people," she said at the ceremony.

The Defense Ministry was to hold a ceremony of awards and conferral of military ranks at noon and it will host a reception at the Palace of the Grand Dukes of Lithuania in Vilnius in the evening.

A solemn formation and parade of military equipment will take place in the capital's Konstitucijos Avenue on Saturday.

Defense Minister Raimundas Karoblis has said at a news conference recently that the military "has always been a guarantor of statehood", adding that the country's Armed Forces are currently as strong as they have ever been since the re-establishment of the state.

On November 23, 1918, Prime Minister Augustinas Voldemaras signed a decree to establish the Defense Council and ordered to start the formation of the first regiment of the Lithuanian Armed Forces.