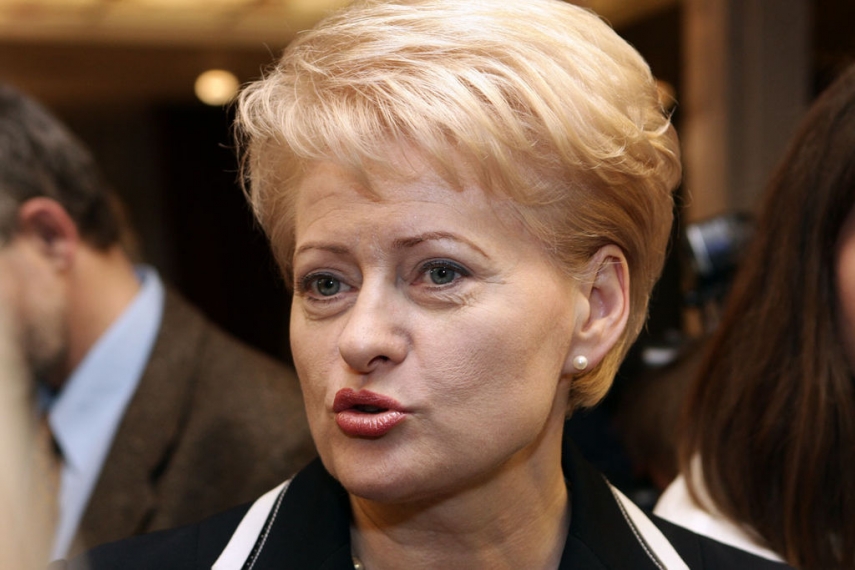 VILNIUS - Lithuanian President Dalia Grybauskaite on Friday accused the government of "political arrogance" in carrying out reforms and called for the new Labor Code to be improved in workers' favor.

"Both the government and the ruling majority demonstrate political arrogance," she told reporters.

According to the president, discussions on the Labor Code were not real negotiations and promises to ensure better protection of workers' interests were not delivered on.

"When we don't speak to people, when we leave workers on their own to face the stronger side, that is, businesses, without help at the Tripartite Council, when politicians try to hide themselves and their responsibility behind the backs of the Tripartite Council, can there be any trust in such a Labor Code? Of course, it will have to be amended," she said.

The Tripartite Council brings together the government, employers and trade unions.

Supporters of the new Labor Code, which comes into force on Saturday, say that more flexible labor relations will encourage new jobs and investment. Critics warn, however, that the new legislation will make it easier for employers to sack employees.

An opinion poll conducted for BNS by RAIT in May found that only 10 percent respondents approved of the Labor Code. Forty-five percent said they disapproved of the package and the rest had no firm opinion.

In Grybauskaite's opinion, the reforms of labor relations, universities and state forests started in a wrong way and caused public discontent "not only because of the elements of content but also because of the way things were done".

"To do any reforms, you have to know what you want in the first place. Second, you have to convince the public and speak to them and hear what others say. You must find consensus and compromise before launching serious reforms. Things are done the opposite way now," she said.