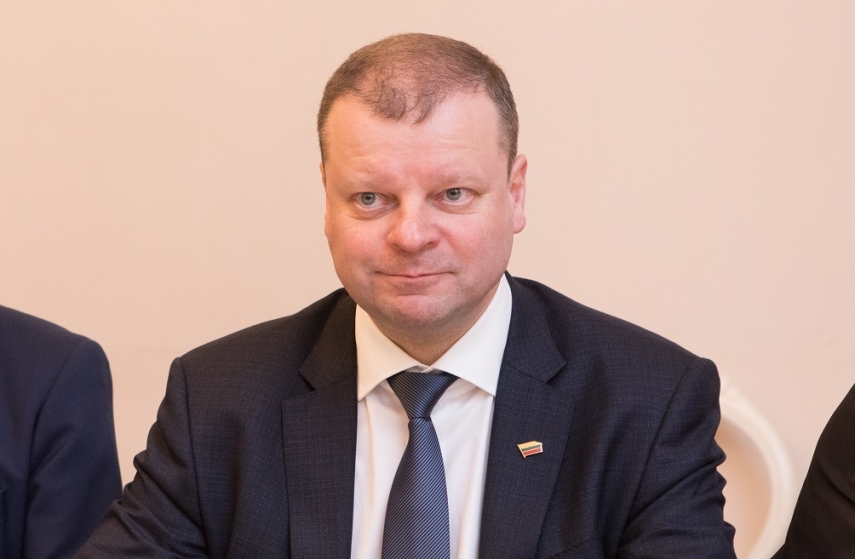 "On Friday, I will see the Latvian prime minister and have an opportunity to inquire specifically about what the opinion of the government is, not of the ministers for economics or energy," Skvernelis told the Lithuanian parliament on Tuesday.

The Latvian government said last week that electricity trade with Belarus would be moved to the Latvian border once Lithuania suspends it.

Lithuanian officials are worried that electricity generated by the Astravyets plant will thus get access to the common market via Latvia.

Skvernelis said Latvia's authorities had always maintained a "similar neutral policy" regarding the nuclear power plant under construction in Belarus close to the border with Lithuania.

He underlined that Lithuania would stick to its decision to bar market access for Astravyets electricity.

When asked by a lawmaker if Riga's intentions to allow access for the nuclear facility's electricity might prompt Minsk to divert its oil cargoes from Klaipeda to a Latvian port, Skvernelis said Belarus would harm itself by doing so.

"Belarus will not get better conditions, better infrastructure, better tariffs, better quality, better economic benefits than it has (by exporting its products) through Lithuania," he said.

The Lithuanian government says the Astravyets plant under construction some 50 kilometers from Vilnius fails to meet international safety and environmental standards, an allegation that Minsk denies.

The plant's first reactor is due to come online at the end of this year, with the second reactor's launch scheduled for 2020.