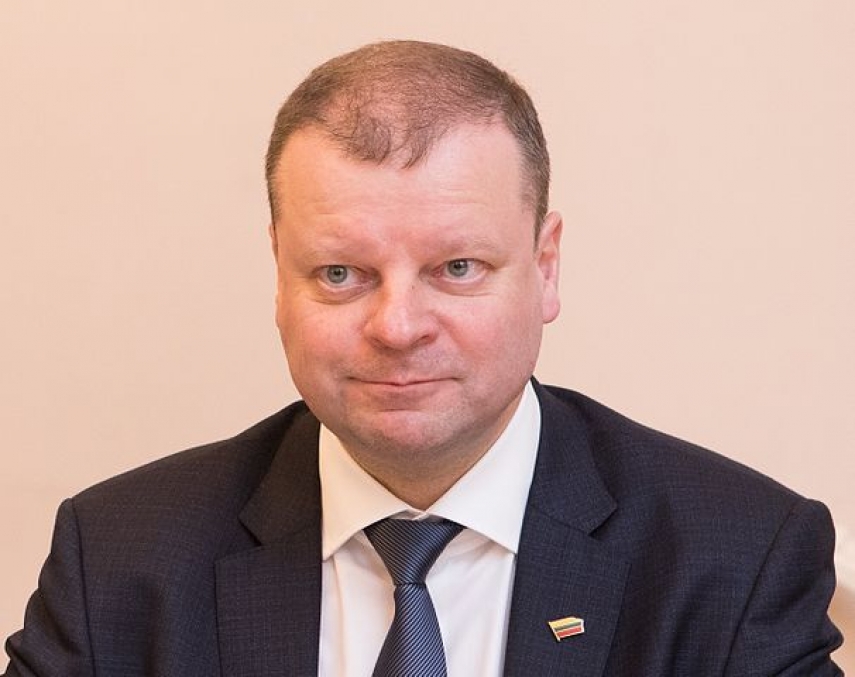 VILNIUS - Prime Minister Saulius Skvernelis says that a Lithuania-Russia intergovernmental commission that held its last meeting more than six years ago could resume its activities, but Foreign Minister Linas Linkevicius is cautious about the idea, at least for now.

"I think so," he told the Ziniu Radijas radio station on Thursday when asked whether the intergovernmental commission should be re-established.

Skvernelis, who has proposed to resume political contacts with Moscow, says that the Lithuania-Russia dialog could cover trade relations and energy, agriculture and transport issues, as well as the situation of Lithuanian teachers in the Baltic Sea exclave of Kaliningrad.

The commission, headed by ministers, held its last meeting in Lithuania in October 2011.

Linkevicius on Thursday reiterated his position that "currently, there are no prerequisites for renewing high-level political contacts".

"The intergovernmental commission is headed by ministers -- of foreign affairs from the Lithuanian side and of transport from the Russian side. Its last meeting took place in Lithuania on Oct. 3-4, 2011. The Russian side then postponed the next meeting and it was never held," he told BNS.

Skvernelis said that the absence of contacts between Lithuania and Russia at the level of ministers or vice ministers "is detrimental to the interests of the state and our citizens," but he underlined that Vilnius would not change its stance and rhetoric on strategic issues regarding Ukraine or sanctions against Moscow.

According to the prime minister, Lithuania and Russia should talk about plans for disconnecting their energy systems as the Baltic countries plan to synchronize their grids with the Western European system.

"As to energy, we have two very strong projects underway: our synchronization and decoupling from the so-called BRELL network. But let's not forger that the BRELL countries are also doing technical work to disconnect themselves or to avoid consequences from the disconnection. These are not only technical issues, but also political issues that need to be dealt with at a certain level," he said.

Lithuanian officials have until now stressed that Moscow has to negotiate with the European Commission on the synchronization.

Skvernelis also said that Lithuania had to take care of its food product exports to Russia.

"I think we have to make efforts to ensure that our products could go there and not be looked at solely through a political lens, which common practice in Russia. A political instruction leads to one or another product becoming unsafe or harmful," the prime minister said.

"Nobody speaks about a a reset of relations, friendship. Friendship and partnership are two different things," he said.

ARGUMENTS FOR AND AGAINST

Skvernelis told the radio station that he was amused by comments linking his statements about Russia to Lithuania's 2019 presidential election.

The prime minister would not comment on whether he will run in the election.

"We have a situation now where certain political figures and perhaps some observers try to label someone as a candidate of the Kremlin, of Putin. It amuses me to see someone starting to look at thinks through a lens of presidential campaign. This makes me laugh and smile," he said.

Skvernelis has said repeatedly in recent days that Lithuania is the only EU member state that does not have any working contacts with Russia at the political level with Russia and called for creating channels for bilateral dialog.

Since the annexation of Crimea in 2014, Lithuania has held no high-level meetings with Russian officials. Neighboring Latvia, Estonia and Poland maintain contacts with Russia at the level of ministers or deputy ministers.

Lithuania's calls for Moscow's isolation were based on a position that returning to "business as usual" in relations with Russia would be regarded as making concession and would only encourage the Kremlin's aggressive policies. Those in support of dialog maintain that it is only through communication that potential major conflicts can be prevented.