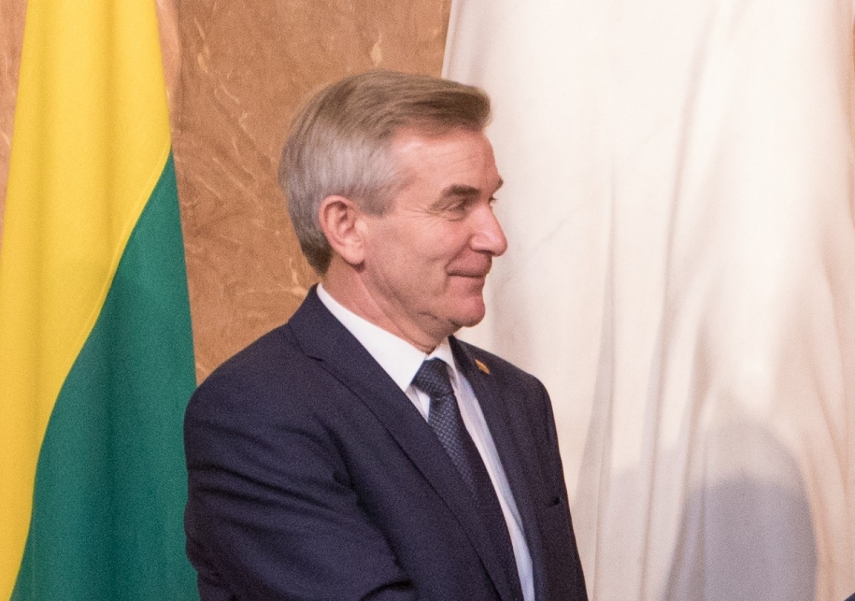 KAUNAS - Viktoras Pranckietis, the speaker of the Seimas, faces a no-confidence vote in the parliament to remove him from office after the Lithuanian Farmers and Greens Union (LFGU) has approved a new coalition agreement.

In an open ballot vote on Monday evening, the LFGU council supported the agreement with 68 votes in favor, one against and seven abstentions, Ramunas Karbauskis, the party's leader, told reporters in Kaunas.

"We can say this the party's will. Consequently, (...) all members of the party must abide by the agreement," he said.

Under the coalition deal, which was signed by the LFGU and three other political parties four weeks ago, the post of parliamentary speaker is to go to the Lithuanian Social Democratic Labor Party (LSDLP).

However, Pranckietis has refused to step down, saying Karbauskis is using the opportunity to take revenge on him. The speaker believes he may survive a no-confidence motion in the parliament.

Karbauskis said a no-confidence motion would be initiated following the council's vote, adding he would consult his coalition partners on whether to launch the procedure before the fall session.

He also said that the LFGU ethics commission could discuss the issue of Pranckietis' membership in the party.

The speaker of the Seimas said he was confidence he would keep his post, adding that he was not considering leaving the party.