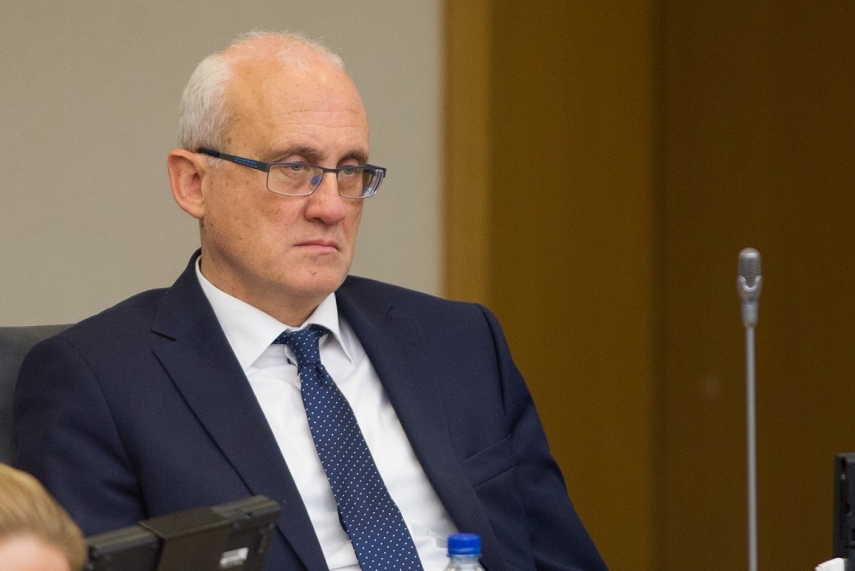 VILNIUS - The head of a Seimas committee investigating the circumstances that led to the 2009-2010 economic crisis in Lithuania proposes to ask prosecutors to look into whether the Bank of Lithuania properly supervised commercial banks which could have manipulated Vilnius interbank offered rates (Vilibor) during the crisis.

"I'm now going to the prime minister over the Vilibor matter and we'll discuss the possibility of turning to the prosecutor’s office over the protection of the public interest," Stasys Jakeliunas, chairman of the Committee on Budget and Finance, told reporters on Tuesday.

The lawmaker of the ruling Lithuanian Farmers and Greens Union (LFGU) said the central bank had impeded the investigation by failing to provide all the information requested and withholding part of it.

According to Jakeliunas, there are suspicions that banks manipulated Vilibor rates, which were used as the benchmark for lending in the litas, the currency of Lithuania before it switched to the euro.

"There are a lot of questions and doubts as to whether banks operating in Lithuania did not manipulate that information so as to gain or to try and solve their problems. There are such suspicions. An analysis I have performed shows that there is a reason to suspect that and start some sort of investigation," he said at the news conference.

A surge in Vilibor rates in late 2008 and 2009 pushed up the costs for private individuals who had taken out consumer and housing loans in the national currency, he noted.