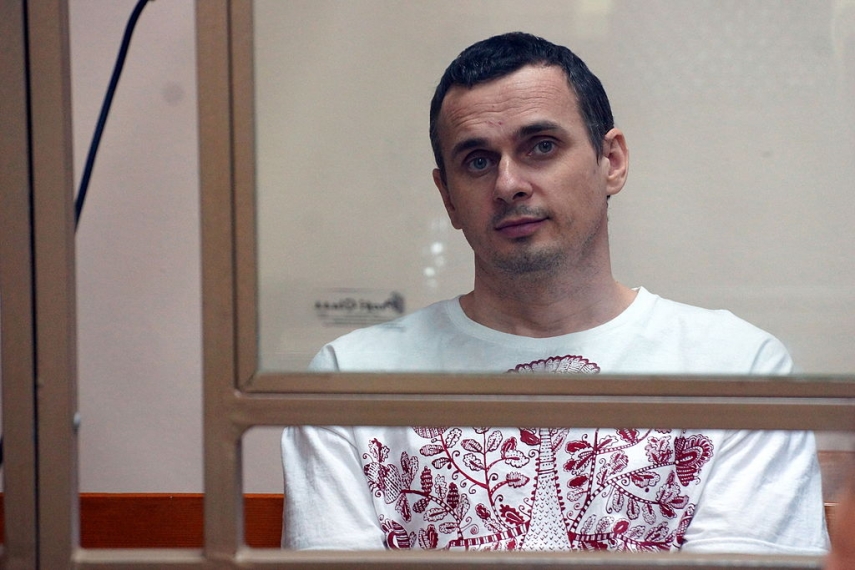 The resolution passed the Seimas in a vote of 82 to one with one abstention.

"The director and writer (Sentsov) was arrested by FSB in Simferopol, Crimea, and (...) is currently held in a maximum security prison in Siberia," conservative MP Radvile Morkunaite-Mikuleniene, an initiator of the resolution, said.

She noted that Sentsov on May 14 declared a hunger strike, adding that "today it is our moral duty to say that we deplore such steps by the Russian Federation."

"We are calling on the president of the Russian Federation and responsible authorities to immediately release both Sentsov and other political prisoners who are being held in prison in Russia," she said.

Social Democratic MP Dovile Sakaliene, another initiator of the document, said that "although this resolution is only political support, one can never lose hope."

MP Vytautas Kamblevicius of the Order and Justice group, however, was skeptical about the resolution.

"You have to help people, but you can help if you know what he believes in, what he thinks and what his opinion of Lithuania is," the lawmaker said.

"We strongly supported (Ukraine's) pilot (Nadiya) Savchenko, but now we see where she ended up. Aren't we overdoing it by staining the prestige of Lithuania while trying to save others?" he said.

Savchenko, once hailed as a symbol of resistance against Russia, in March was detained on charges of plotting a terror attack in Kiev.