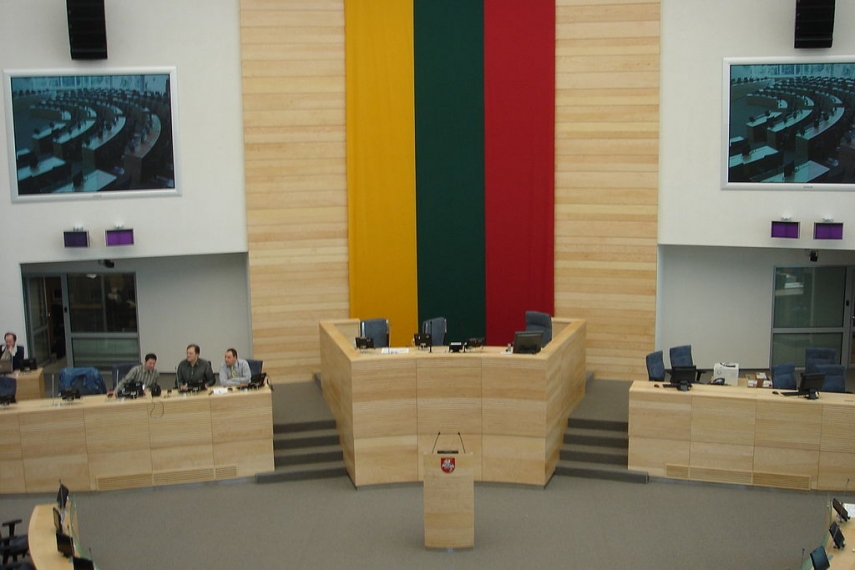 VILNIUS – Lithuania's parliament rejected the opposition initiative of early parliamentary elections in the first phase of discussion on Tuesday.

The bid to hold early elections on June 3 was approved for discussion by 52 parliamentarians, while 57 were against and 11 abstained.

Gabrielius Landsbergis, the leader of the opposition Homeland Union – Lithuanian Christian Democrats (conservatives) who had tabled the proposal, said the ruling coalition's approval of the bid for discussion would have demonstrated their willingness to seek compromise.

He said in his speech that the ruling coalition currently did not have majority in the Lithuanian parliament, with formal 68 votes in the 141-seat parliament.

"The Seimas has had the ruling minority for a while now, and being the ruling minority is a very difficult task. Compromise is the main precondition. In many cases, it was the opposition that sought compromise and invited for discussion, however, was not heard until now," said the conservative MP.

MP Mindaugas Puidokas of the ruling Lithuanian Farmers and Greens Union who spokes against the early elections said it was "necessary to respect the nation's will expressed during the Seimas elections" instead of halting key state reforms. At the same time, he noted parliamentary elections would cost 8.5 million euros.

The idea of early elections was proposed by the opposition after the parliament last week came a few votes short of stripping MP Mindaugas Bastys of his mandate. The Constitutional Court had ruled he had breached his oath and the Organic Law by concealing his ties with a former KGB agent.

Prepared by elders of all opposition groups, the draft resolution on early elections was signed by 49 parliamentarians in support of the bid, including three members of the ruling LFGU.

Under the Constitution, early Seimas elections can be held under a Seimas resolution adopted by at least three fifths of Lithuania's parliament, i.e., at least 85 votes.