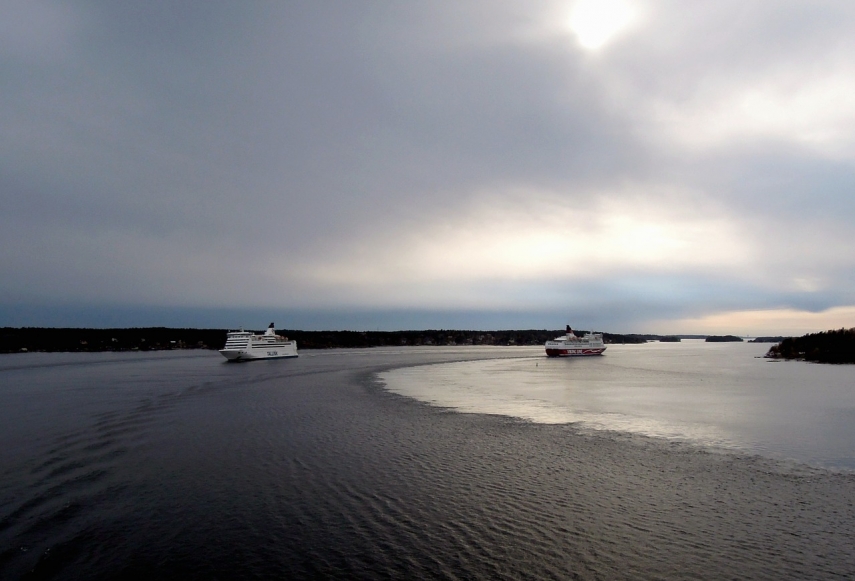 VILNIUS/RIGA – A Lithuanian man jumped off a ferry en route from Latvia to Sweden in the Gulf of Riga, Latvia's Maritime Rescue Coordination Center confirmed to BNS.

Regardless of the rescue operation, he was not located. The company, which owns the ferry, says the man could not have fell accidentally, therefore, the incident is listed as intentional jump overboard.

The incident aboard the Isabelle ferry of Tallink operator occurred at around 9 p.m. (local time). Baiba Muceniece, spokeswoman for the company, told the Latvian radio that the man had been identified as a male Lithuanian citizen born in 1995.

A helicopter and the crew of the ferry were involved in the rescue operation.

According to the data available to Tallink, the man jumped into the sea from the 9th deck of the vessel, with the information confirmed by eyewitnesses. The company emphasized safety features in effect on the vessel, which make it impossible to fall accidentally.

At the time of the incident, the ferry was around 20 km from the coast, with the water temperature in the Gulf of Riga just above zero.

Lithuania's Foreign Ministry told BNS on Sunday evening that it had no further information about the circumstances of the incident.

"Family of the man has not yet turned to the embassy for information about the killed Lithuanian citizen," reads the response.