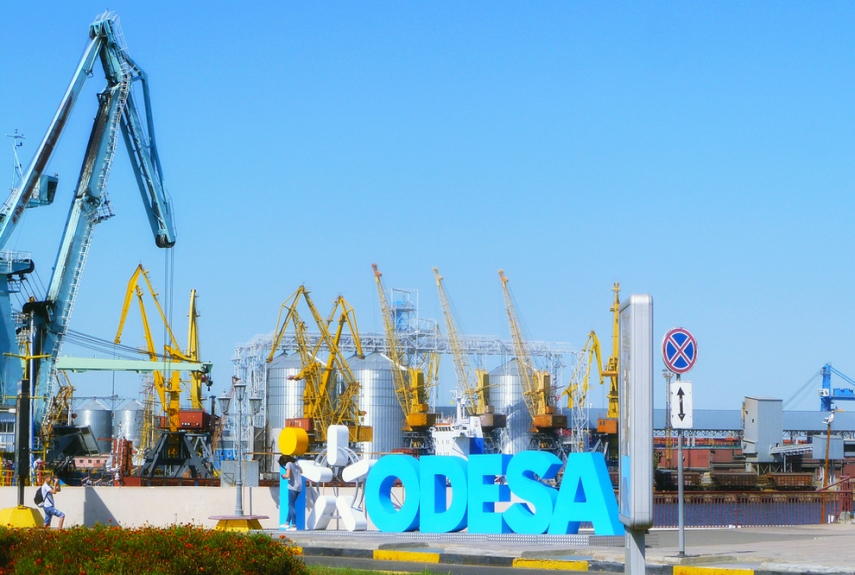 VILNIUS – Lithuanian Foreign Minister Gabrielius Landsbergis has asked for Tokyo's assistance in building a coalition to have Ukrainian grain safely shipped out of the port of Odessa which is now under Russia's blockade.

Currently in Japan, the Lithuanian minister "asked the Japanese representatives to raise the issue pertaining to the unblocking of Odessa at the G7 meetings to help find quick and effective ways to get Ukrainian grain back to global market," the Lithuanian Foreign Ministry said in a statement.

Odessa is a vital port, especially for grain exports, and its blockade risks causing a global food shortage.

Landsbergis started his working visit to Tokyo on Monday and has already met with representatives of the Japanese government, including Japan's Chief Cabinet Secretary Hirokazu Matsuno and the State Minister for Foreign Affairs Takako Suzuki. The meetings focused on Russia's war in Ukraine and its impact on the security situation in Europe and Asia, international energy and food markets, challenges facing the Far East and Oceania regions, possible solutions and opportunities for cooperation to reconstruct Ukraine, as well as to implement the vision of a free and open Indo-Pacific.

"Russia's war against Ukraine and the reaction of a civilized world are closely watched and assessed by other malicious countries. If the aggressor does not receive a very strict response, it is only a matter of time when other countries will copy Russian tactics. Today, the victim is Ukraine. Tomorrow, it may be Taiwan. And Japan understands this very clearly," Landsbergis said.

Landsbergis also thanked Japan for its firm stance on Russia’s aggression against Ukraine and stressed the need to maintain the toughest sanctions in order to starve Russia's war machine.